Home 4X4 All about snow chains in Australia – what they are, when to use, and how to fit? 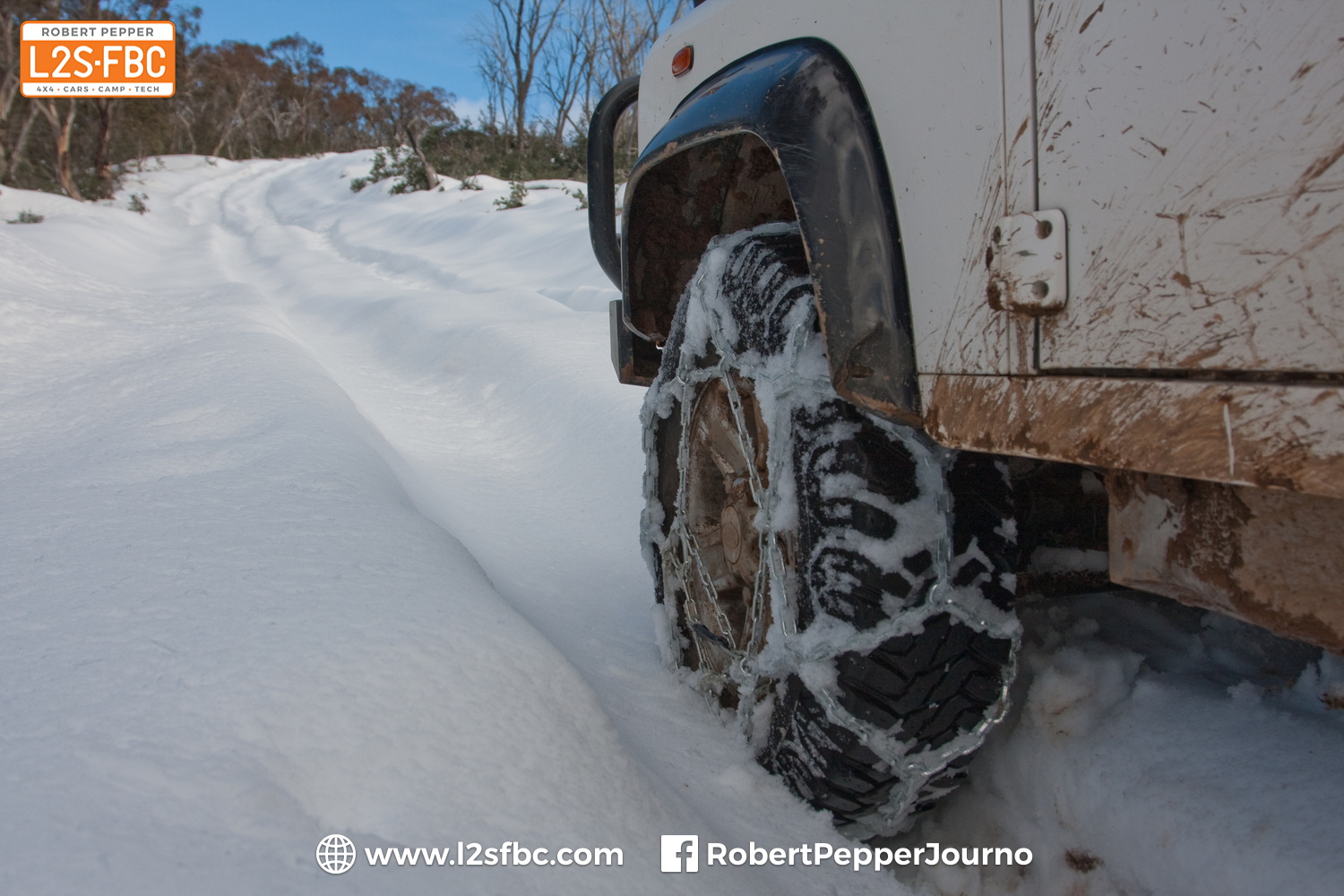 All about snow chains in Australia – what they are, when to use, and how to fit? 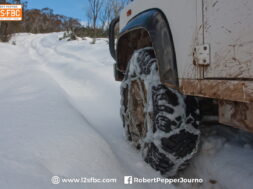 All about snow chains in Australia – what they are, when to use, and how to fit?

What are snow chains, why do you need them, and when must you carry or fit them?

What are wheel chains or snow chains?

What are diamond and ladder snow chains?

That refers to the pattern they form. The diagram shows the difference between diamond and ladder patterns:

Most chains now are diamond pattern, which offer good grip laterally and longtidunally (forwards and sideways). I would suggest only buying diamond chains, particuarly as those are now the only type recognised in Victoria because the ladder type offer limited sideways (lateral) grip.

How do wheel chains work?

In order for a vehicle to move the tyres must have grip, or traction. Imagine a tyre on ice; it would spin on the hard surface, and the vehicle would barely be able to move, let alone effectively brake or turn.

When a tyre is has a chain on it, then weight of the car presses the chain down into the ice, and this massively improves traction. It’s similar to how spiked shoes work for footballers and rugby players. You’re forcing something narrow and sharp into a soft surface so it can grip. A tyre by itself is too soft and wide, even an 4WD mud tyre.

What terrains do wheel chains work on?

Wheel chains are effective on terrain which is slippery enough for the tyres not to be able to grip well, and soft enough for the chains to bite in but not so soft the terrain just disintegrates.

In effect this means chains work best on mud, wet grass and snow, but not sand or deep gravel. The reason is mud and snow are slippery, whereas sand is just loose. For sand you mostly need flotation so as not to sink, as a tyre sinking into sand increases rolling resistance. That’s true to some extent for mud as well, but often in mud you need to bite into a slippery surface. Chains are no good on rocks as rubber typically provides better adhesion to a rock than the metal of a chain.

So for example think of a wet clay hill – it’s quite a hard surface, you couldn’t easily push a shovel in like you could with sand, but wet clay is REALLY slippery. So the chains can bite into the mud surface, similar to ice and snow. Sand is too loose to bite into.

When should chains not be used?

Don’t use chains when they will damage the road. By definition, chains bite into the terrain, and this will tear up and destroy the surface, potentially leading to erosion. In the case of snow driving hopefully there’s so much snow the chains touch only the snow, and it doesn’t matter if the snow is ‘damaged’ as it will melt away. However in the case of mud, use of chains will deepen ruts and erode tracks so their use should be avoided. Try winching instead!

Which wheels should I or can I fit chains to?

First, check your car can in fact a) handle chains and b) handle the type of chains you have. Don’t assume that every type of chain will fit every car. Chains increase the effective width and diameter of your tyre, and that may mean there is insufficient clearance to fit chains, or specific types of chains.

You MUST get advice from a chain supplier specific to your exact vehicle many factors affect chain fitment; tyre size, which wheels are driven and much more. This is surprisingly variable, hence a check is required. In the first instance, consult your owner’s manual – look up snow chains, chains, or wheel chains in the index.

For a 2WD car, if chains can be fitted, they will always go on whichever wheels are driven. For a 4WD car, chains may be fitted to all four wheels, or possibly only the front or rear. Many 4WDs can only accept chains on the rear. SUVs which are all-wheel-drive typically bias drive to the front wheels, so chains usually go onto the front wheels.

If there is a choice of front or rear, there is an ongoing religious war as to which is best. Personally, I’d go front as I like to steer and drive, but other prefer the rear.

How do I drive with chains?

Slowly and only on soft surfaces. Usually not above 30km/h as the chains aren’t designed for higher speed, and you do NOT want the chains to come loose. And never drive with chains on hard surfaces like bitumen, or any terrain where they’re not needed. Chains offer so much grip that momentum is needed far less. For offroaders you can, and should still air down with chains, and use traction aids such as cross-axle differential locks. But avoid wheelspin.

What are the legal requirements for wheel chains in Australia?

Carrying wheel chains is a legal requirement in some parts of Australia to access certain areas at certain times of the year. I wish I could say the requirements are consistent, but this is Australia we’re talking about and as the snow in NSW is entirely different to Victoria let alone Tasmania *, there are different regulations.

Note – only diamond pattern chains are now classed as chains in Victoria.

Do I still need chains if I drive a 4WD?

4WDs have less need of chains than 2WDs, as they have more grip for accelerating and even braking assuming you engine-brake to slow down which is recommended in slippery conditions. However, ice is ice and a 2WD with chains can outperform a 4WD without chains in icy conditions. In short, a 4WD can benefit from chains too. Some regulations permit 4WDs not to use/carry chains when 2WDs must carry and/or fit.

What about snow or winter tyres, are they an alternative to snow chains?

Snow tyres should really be called winter tyres. These are tyres which are specifically designed for use in cold temperatures such as North American or European winters when temperatures are often below freezing, and there is snow on the roads. They have a compound designed to work well in those conditions and grip effectively. Winter tyres look superficially similar to summer tyres, but the tread design is different. Many drivers who live in cold climates swap their tyres from summer to winter as the season changes. The performance of winter tyres is amazing; 2WDs with winter tyres can outperform 4WDs with summer tyres in snowy/icy conditions.

Winter tyres are not typically sold in Australia as we simply don’t have enough snow and ice to warrant their use. We do have 4WD tyres marked “M&S” (mud and snow) but these are not winter tyres, as they are designed for everything from the heat of the outback to snow and thus are a compromise.

There are pure snow tyres but these are really niche and not worth it for Australia unless you are looking at something like a bus which will spend its life on snow.

0
0   0
previous How do you work out towing weights - real life example, explained
next Why Australia should have a national towing licence