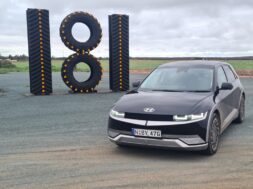 In the last couple of days two of Australia’s state and territory governments have made major policy announcements:

Bans sale of fossil-fuelled vehicles by 2035, target of 80-90% zero-emission by 2030. To be clear, this is the sale of new vehicles; you won’t need to trade in your current ICE car. It hasn’t been said, but I would expect you’d be able to transfer cars into ACT. The ban is just about the sale of new vehicles, and it follows the same timescale as the European Union’s similar ban.

Canberra, like all Australian cities, needs to do work on its charging infrastructure. While quite a few homes could install fast chargers in the garage, a lot of people live in apartments and there’s not many fast chargers at the moment:

This graph from the ACT government shows the rise in EV purchasing:

Queensland has just announced this:

So not a ban on fossil-fuelled vehicles, but it is a definite shift towards them. This would also mean extra chargers, and a supply of ex-government EVs on the market.

But EVs aren’t quite able to replace diesel 4x4s just yet..