The mid-size 4×4 wagon market is very competitive, making it hard to choose a winner.

FOR OFFROAD TOURING you’ve now got a basic choice of wagon or ute, which we cover here. If you decide on a wagon then there’s quite a few options as this reader discovers:

QUESTION
I am trying to decide between Ford Everest, Isuzu MU-X, Toyota Prado and Toyota Fortuner. I have a GQ Patrol for the hard stuff and I don’t care what happens to it, but my wife and I want a car to replace her X-Trail and to do longer desert trips in comfort. It has to be a real 4WD. I don’t want to tow with the Patrol any longer as it is getting older. My caravan is under 2000kg. What do you suggest? We tried Pajero Sport but didn’t like it.

ANSWER
All four of the vehicles you shortlist will definitely do the job you describe, as indeed would the Pajero Sport. They are all capable offroad, well supported by the aftermarket and modern so they’re safe and good at cruising long distances. That said, there are two options at either end of the scale, Prado and Everest, with the other two in between.

The best offroad tourer is the Prado, as it is not only the most offroad-capable of the three, but comes with a 150L fuel tank and the spare on the back, plus there’s so much knowledge about the car and many, many accessories. There is a refresh model coming in 2018 which updates mostly the interior, which is a current negative of the vehicle. The other negative for Prado is the 2500kg tow rating, but that’s still 500kg above your stated trailer weight.

The Everest is the best onroad drive, best interior, best tech, best around town and the best tower. It is however the least capable offroad, although it’d still do the job, especially if a front locker was fitted. A second battery can’t go in the engine bay, has to go in the back but as there’s only two of you space shouldn’t be an issue. The aftermarket is starting to get behind the Everest, with gear like long range tanks appearing. There is enough to be able to set up a vehicle now.

The MU-X has been updated recently and now has a six-speed automatic, but also a DPF. It is part-time 4X4, like the Fortuner. Both the Fortuner and MU-X fall somewhere between the Everest and Prado for pretty much all capabilities.

Basically it’s not possible to give a definitive recommendation based on the information above as all the vehicles do the job. This sort of decision comes down mostly to personal preferences, things you love or hate. However, some tips.

Add up the complete cost of modifying the vehicle, not just sticker prices, because it won’t be the same for all four. You will need suspension and tyres at minimum for each vehicle, and then the usual gear like a second battery, roofrack and cargo system. Also, read the detailed reviews on each vehicle below. Remember that anything which is missing might be able to be added with aftermarket gear, for example satnav, and you’d generally want another system for your offroad maps anyway.  And try to get an extended test drive in each vehicle, and then shop around as this sector is competitive.

What's cuter than a kitten? 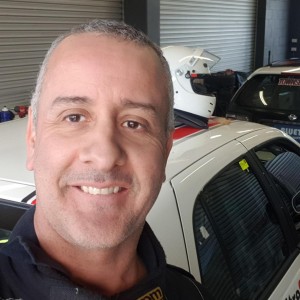