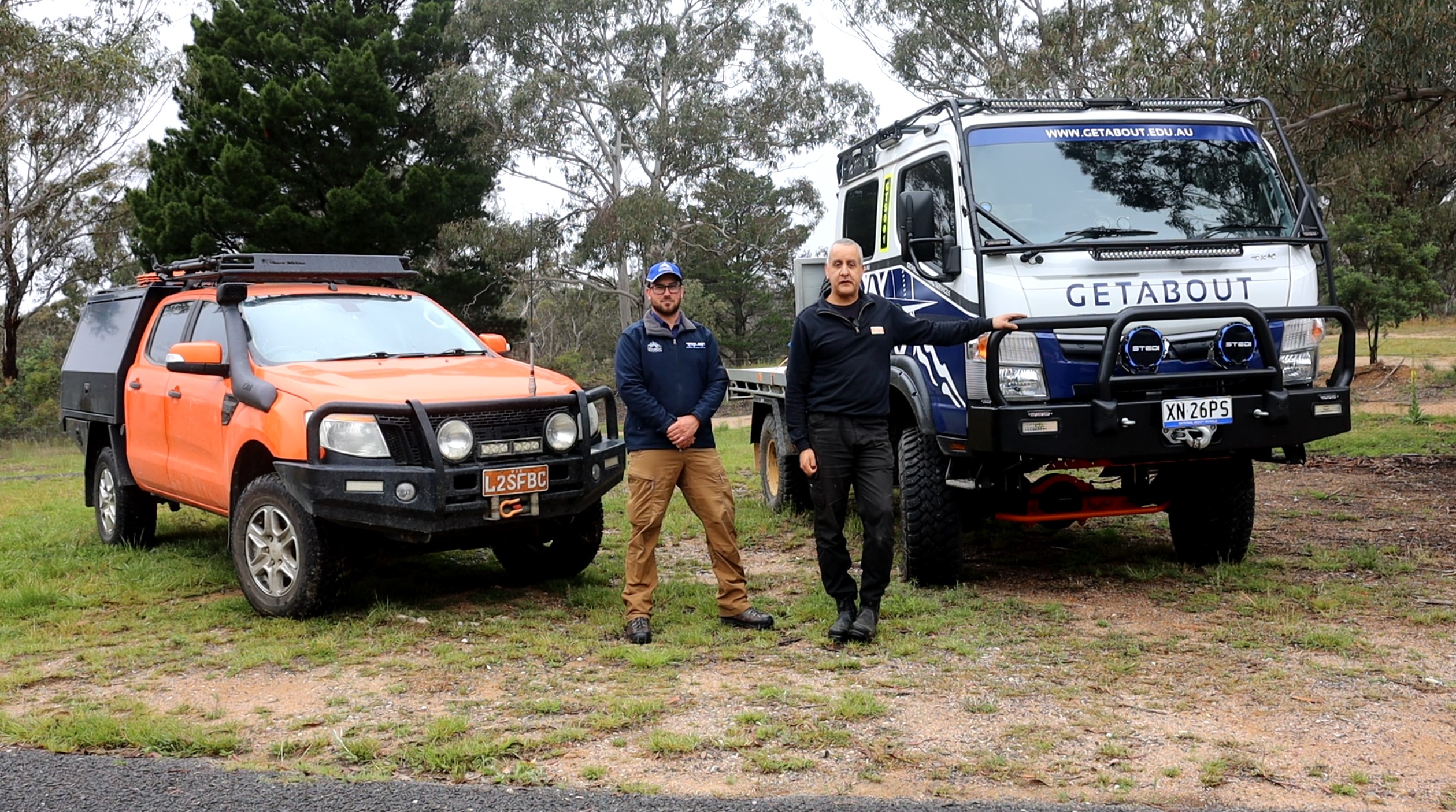 Run out of space or payload on your 4×4 ute or wagon? How about a light truck?

I took a test drive in “Wombat”, Getabout Training‘s Fuso Canter FGB71 4X4 which boasts a tray length of 3.4m vs the Ranger’s 1.8m, and a payload of around 2500kg compared to the Ranger’s 950kg. Sound good? It is, but as ever, there’s pros and cons. Have a watch of the videos to see for yourself:

Part 2 – Is the Canter right for you?

So the Canter offers much greater payload, seating and loadspace, and it’s great offroad, but there’s always got to be downsides. Compared to something like the Ranger it’s slow, noisy, uncomfortable, lacks luxury features, doesn’t handle as well, lacks safety features, isn’t as small or nimble, doesn’t have an automatic gearbox, and is expensive to buy. But, those disadvantages are not so bad the vehicle can’t be used for touring.

The cost for ute vs truck needs to be considered not just as the showroom purchase, but after modification to equivalent capability, and then for say a 5 or even 10 year lifecycle. I will probably do more on this subject as it’s complex, but some things to consider now; all of the modification costs to both vehicles to bring them up to your spec, insurance, servicing, and resale value; trucks can easily go to 500,000km, utes not so much, so with a truck your investment is amortised over a longer period of time. And do you really want to GVM-upgrade a 4×4, add a power upgrade, and then worry about its longevity? You can also consider the cost of a truck-based motorhome vs a towcar and caravan.

The showroom-spec Canter isn’t quite ready for offroading, mostly because it has dual rear wheels.

You don’t want these offroad as debris will lodge between the tyres, and it’s extra rolling resistance as the rear tyres don’t follow the same ruts as the front. So, the answer is Super Singles:

The Super Singles are 37″ diameter tyres, so offer much greater ground clearance than the standard 32″ tyres. Ground clearance with the 37s is 270mm, not as much as you’d expect because of the massive rear diff which hangs low, but still more than the average touring 4×4 which is around 210-230mm.

Wombat has a plain tray on the back which is an extra cost, but there’s plenty of other options including full camper conversions; contact AAV4x4 for more information. To further improve offroad capability there is a front cross-axle differential lock to go with the existing rear limited-slip diff, and there’s a range of extra water and fuel tanks too.