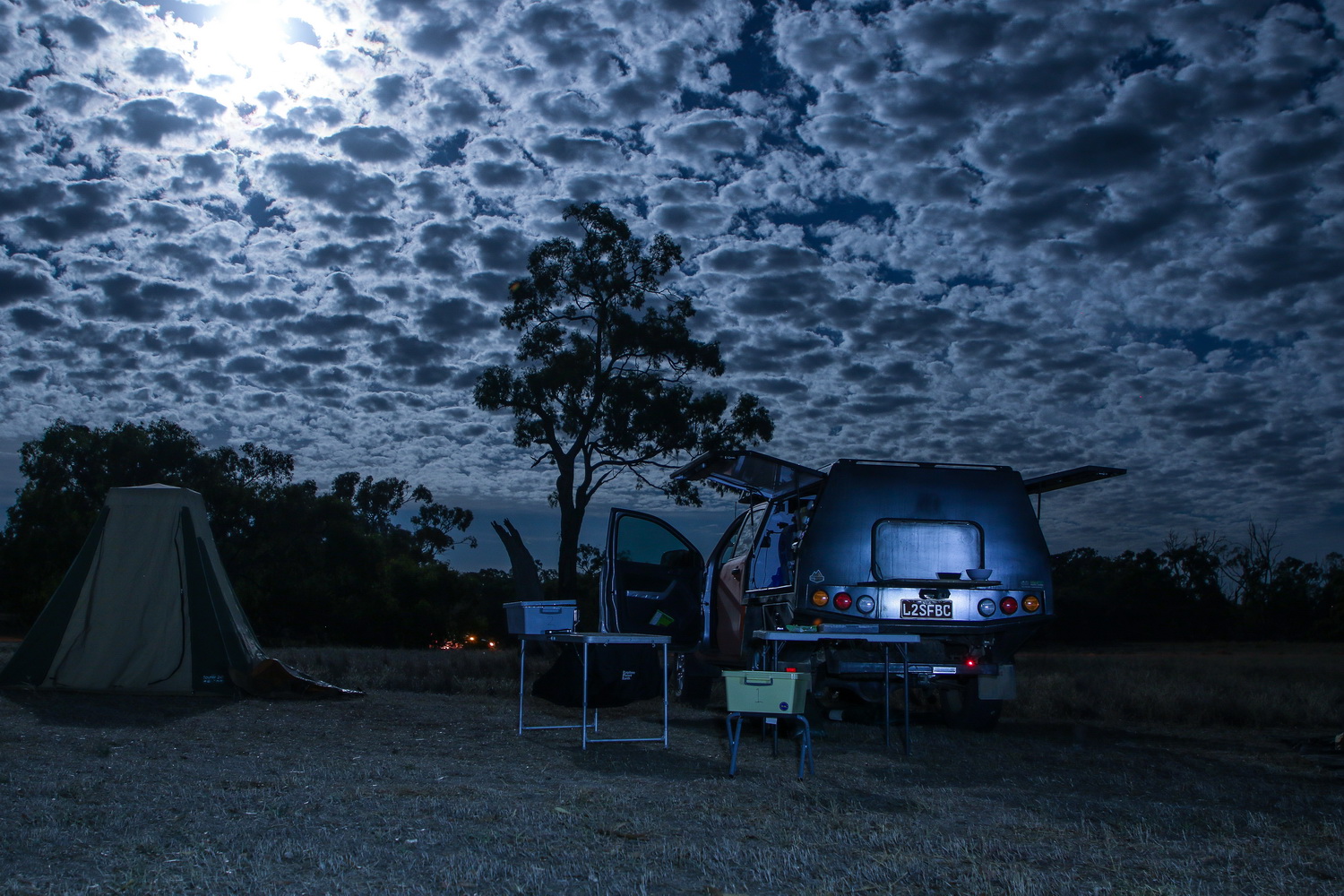 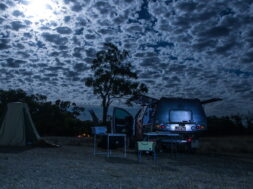 Overloading recreational vehicles is becoming more and more of a problem…here’s how to keep legal and safe.

The Australian people are getting steadily heavier over time, and so too are our camping vehicles to the point where their weight exceeds various limits set by the manufacturer or the designer. And just like overweight humans, that means a bunch of problems. There’s extra wear and tear on all parts of the vehicle, for example brakes, engine, transmission, and in extreme cases, the chassis (backbone) of the vehicle can be cracked. Overweight vehicles are slower, and take longer to stop, and control can more easily be lost leading to a crash. And, overweight vehicles aren’t road-legal which means therefore insurance may be invalidated, let alone the legal implications in the event of a crash.The fact is, if you buy a 4X4 and kit it out with one of everything, there’s a very good chance you’ll be overweight – and 4X4s can carry more than roadcars. Tak e a look at this vehicle:

It’s the revered Landcruiser 200 Series, one of the best offroaders there is and one of Australia’s top-selling vehicles. But it can carry only about 610kg. That sounds like a lot, but the average Australia adult male weighs 86kg (nude!) so let’s say 90 clothed. Put him in and we’re down to 520kg, add a female of say 75kg and we’re at 445kg.  Two kids totalling 100kg and we’re at 345kg.  Tent, bags, food, sleeping gear, stoves, water…that 345kg will soon be gone, and that’s ignoring modifications to the vehicle such as roofracks, driving lights, storage systems, offroad tyres, second batteries and bullbars. And then there’s toolkits and offroad recovery gear.

Not offroading? Well, let’s take that 610kg, add in our two passenges of 165kg total, so we’re back at 445. Now if you’re towing a 3000kg van that might require a towball mass of 300kg (10%), which comes out of your payload. So your 445kg is now 145kg, and that’s not very much – not even two adults. And all your little changes and equipment add up; the towbar itself probably isn’t included in the vehicle’s base weight so add 10-30kg or that, UHF radio, heavy-duty suspension, personal effects..it’s so easy to go overweight.

A further problem with towing is that  some caravan makers tend to understate their van weights, and to make it worse, carmakers overstate the realistic tow capacity of their vehicles, especially utes. That can easily lead to a situation where your brand-new 4X4 can’t tow as much as you thought it could, and the caravan you bought is heavier than you planned…so the combination isn’t legal. And, you may find you can’t put everything you planned to into your caravan before it too exceeds limits.

So here’s some advice to keep your camping rig under, not over weight:

Sounds obvious, but the less you take, the less weight. Do you really need three tables, could one work?  Just how many pairs of shoes do you need, and or all those clothes?  Do you need three stoves, or just one?  Do you really need a TV, when a 10-inch table could perhaps do and is more versatile? If you go on a few trips and haven’t used an item, and it’s not there for an emergency such as a satphone or first-aid kit, then ask yourself if you really need it.

Whatever you take, there will be a lighter alternative – which is often better quality, albeit more expensive. Camp chairs vary from 3 to 10kg for example, and maybe you could do with a 2-ring stove instead of 4-ring.

Cutlery and cookware designed for a house isn’t light, but specialist camping equipment is.  Sleeping bags made of down are lighter, smaller and warmer than synthetic versions.

If you run a 40L fridge instead of a 50L, you’ll save weight and also reduce the drain on the battery.  For offroaders, snatch rings are lighter than snatch blocks, and the efficiency difference isn’t enough to matter.  Replace winch extension straps with lighter, more versatile winch extension ropes.  USB-rechargeable LED lights are small and cheap, unlike large halogen lanterns – and a single, quality headlamp for everyone means the entire site need not be lit like a theme park.

There are tiny inflatable pillows that weigh a few grams to replace your big floofy home versions. Tents vary hugely in size and weight too. You can even move foodstuffs from glass and tin to Tupperware and plastic, and buy cans of beer not glass stubbies.  Is that full-on coffee machine essential, when there’s a lot of quality, light-weight versions?

A good place to buy light, quality gear is a specialist shop for hikers, who really have to focus on weight as they carry it all, every step of the way! Vehicle-based campers get lazy by comparison.

Many vehicles used for camping or towing are modified, and for good reason. But, minimise the modifications and keep a close eye on weight.  For example, steel roofracks are really heavy; alloy versions are strong enough, and far lighter, especially if they’re not full-length.  You don’t need wider tyres, taller is more important – the wider the tyre, the heavier it is and that usually means a heavier rim too – and on that subject, alloy wheels are fine, no need to fit heavier steel rims.

If you need a bullbar, compare weights as you buy.  Drawers for the back of the car can be surprisingly heavy, maybe 50 to 100kg – buy lighter ones, or do what I do and build a lightweight shelf instead. And with modern LED driving lights, you need only one set, not multiple, unless you’re chasing Instagram likes.

Lithium batteries are far lighter than the older AGM type, and smaller too – perfect for the second battery, although they’re not suitable as main starter batteries. And because they last longer, then maybe you won’t need to carry solar panels.

Towing a trailer can greatly increase your carrying capacity in both bulk and weight, be that a simple camper trailer or a large multi-berth caravan. You may be able to upgrade your vehicle’s GVM (maximum carrying capacity), but I don’t recommend running the vehicle at the new capacity all the time.

This owner used to own a D-Max ute:

But that wasn’t able to properly carry his camper, so he put it on this Isuzu NPS 75-155 truck:

You can watch the Isuzu in action here.

So you can move up in vehicle size – from a small SUV to a 4X4 wagon, then to a ute, then to a light truck. But, people have a habit of using all the space they have….

Have a watch of this to see how much weight and bulk you can save:

There’s so much more to say on this subject, but the following videos and links will help: