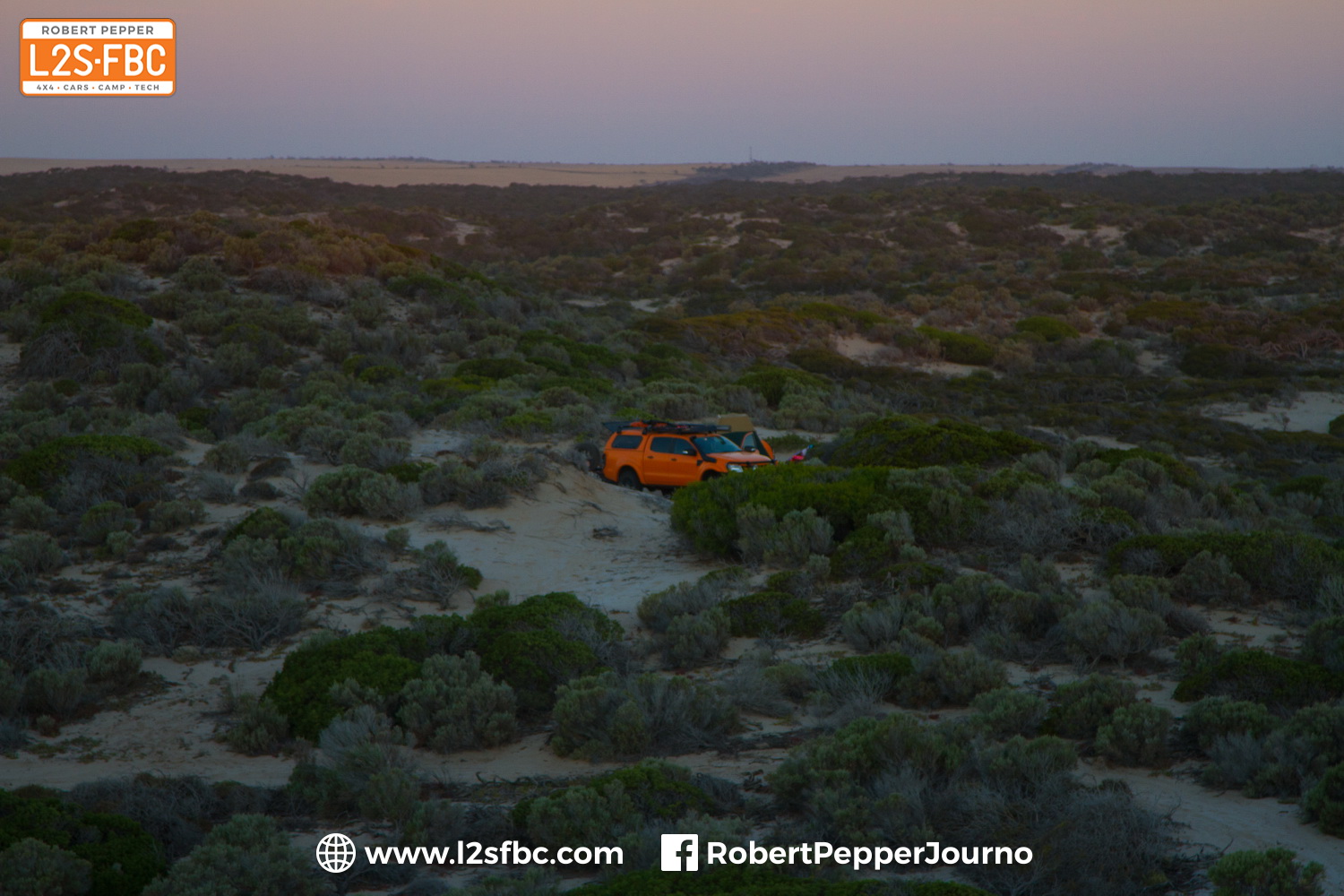 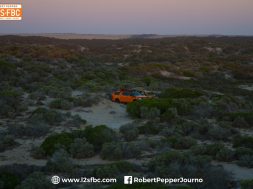 Why would you bother spending money on a 4WD, more money on gear and then put up with the discomfort of camping?

It’s a good question.  But as tens of thousands of people do it, then there must be a reason.  Actually, there’s quite a few.

The first one is freedom to explore.  In a roadcar, when you see a dirt road you slow down and crawl, and you just can’t take those 4WD-only tracks.  But in a 4WD, the only limits are what’s legally possible.  You can take those dirt roads, drive on beaches, up mountains, through snow.  You never need to pause at a road entrance, wondering how bad it gets.  And while touring is not a race, you can travel on dirt roads more quickly, safely and comfortably than any roadcar.

Then there’s freedom of accommodation, and with it, freedom from a fixed schedule.  Popular holiday destinations are frequently booked out, sometimes months in advance.  Yet when we rolled into Esperance, WA, we found a camping spot for two tents with no trouble at all, and no notice.  Same deal everywhere else you go, there’s always room for a tent – so you don’t need to plan days, weeks or months in advance.  Like a place?  Go.  Don’t like it?  Move on the next day.  Our camping trips are only really planned for the next 24 hours, if that, and when we roll out of the night’s campspot we don’t generally know where we’ll end up.

Camping also offers what’s known as the million-star motel.  You can look through glossy brochures and ‘discover’ high-end bush retreats that make much of their scenic views, “so close to nature”, “in the bush” and so on.  Then check the prices.  Now compare that cost with camping, where you can find views as good, often better, and get an even more immersive bush experience.

Travel becomes more affordable when you camp.  We’ve had 30-day holidays when we’ve camped every day as a family of four over Christmas.  Accomodation costs for the night varied between $0 and $50, so all up we spent $750 or so on accomodation.  Now how far do you think $750 would get four people at peak holiday time?  At $150/night we’d have spent $4500 on motel rooms alone.  Our total investment in camping gear wouldn’t be as much as the difference, and some of our gear is ten plus years old so camping is way, way ahead on costs.

Camping can also cure the modern malaise of smartphone-itis.  Go to any cafe and you’ll see families and couples, not talking or even looking at each other but head bent, focused on their e-device.  While social media can connect and enrich lives, let’s not pretend that losing the art of more direct communication is anything other than a backward step – you just can’t bond over Facebook, and in fact not even that ubiquitous social meet, the “catch up for coffee” does the job.  The reason is simple – if you really want to get to know someone, and share a bond, then you must share adventure, work, endeavour.  Camping does the job, because everyone needs to work together to select a spot, pitch the tent, set out the sleeping gear, prepare the food.  Sounds like work, but if you take your time it can be a lot of fun.  And then with any luck you’ll be out of cellphone range, so the status updates can wait!

So there you go.  A lifesytle of 4WD camping is very cheap, offers you the ability to go anywhere that’s legally open to the public, and gives you access to views and experiences that would would otherwise be inaccessible.
Yes, but.  What about the downsides?  The hassle.  The setup.  The discomfort.  Holidays are meant to be relaxing, not meant for wrestling tent poles, squatting on dirty toilets and shivering in wet, windy campsites.
Fundamentally, camping has downsides and for some people, that’s too much.  But most of the people that hate camping haven’t really given it a proper go, and aren’t aware of how much easier modern camping is compared to just a decade or so ago.

So let’s look at some of the top reasons given for crossing camping off your list.

Toilets – the most basic toilet is a short walk with a long shovel, and let’s just say aiming of all sorts is an acquired skill.  But many campsites have drop toilets so you needn’t dig your own hole, and can be assured of privacy.  You can bring your own toilet seat to go over the top, or go one better and bring a PortaPotti complete with privacy awning.  You can even tow yourself a campervan or caravan with a built-in toilet.

The bed – yes, you can use a basic foam mattress laid on the ground.  Or an inflatable version.  Or a large inflatable bed.  Or a strecher.  At this point you may as well be back in your bed at home, and that’s before we get to the caravan which really is a bedroom on wheels.

The tent – the classic tent is a dome with an inner and outer.  You can’t stand up inside it, there’s about 20 pegs to smash in and several poles to make up and thread through.  Now forget it, the dome is dead.  Today there are tents that pretty much self-erect, requiring only pegs. There’s canvas tourer teepee style tents, there’s swags, there’s cots and there’s veritable canvas houses.  A decent modern tent is very little effort to erect, spacious and easy to live with.  Again, you can go further with camper trailers and caravans too which require next to no effort.

The hassle of setup – wrong way to think about it.  Camping is always going to be more effort than a motel, but it’s a kind of a noble effort you feel good about, it’s not effort just to overcome inconvenience.  A campsite can be set up in fifteen minutes, half an hour at the most…and what would you otherwise have done?  Drunk a coffee, surfed for viral videos?  Remind me what that was about wasting time again.

I don’t how how to start – well, fair point.  Best move is to join a club, often a 4WD club and mix in.  You’ll make new friends and learn a lot.  Or, consider the learning experience just part of the fun and figure it all out by trial and error.  You’ll certainly have up, downs, fun, misery, learn new skills and finally have a sense of accomplishment.