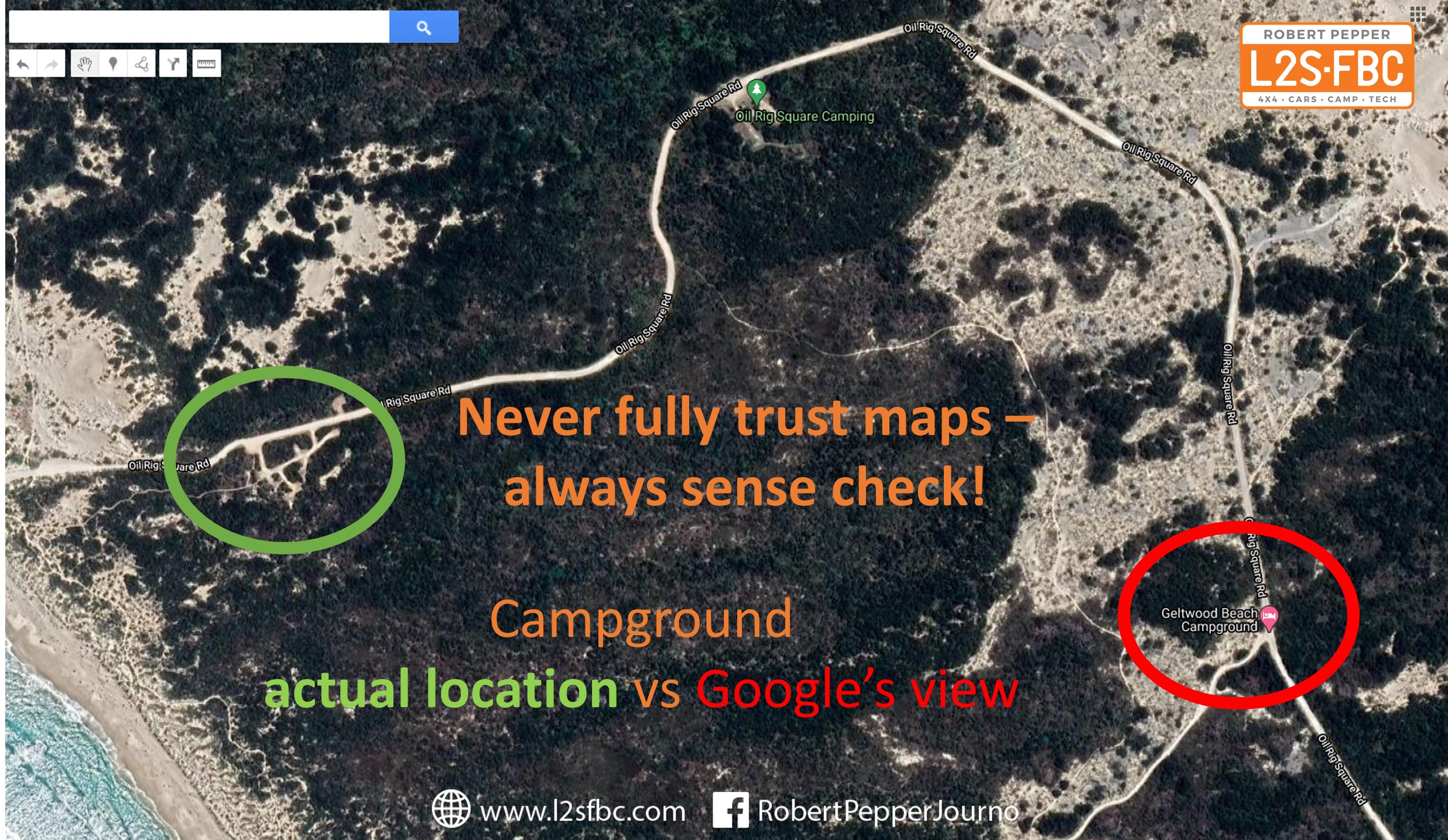 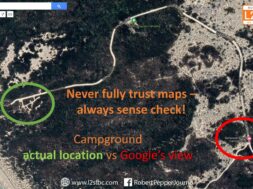 The image above is of Google Maps. It shows where a campsite actually is, vs where Google thinks it is.

Maps have always had errors, either at production, or introduced over time through age. But, when we had to look at paper people tended to question the map, check it, and therefore catch errors.

Now, with the increasing reliance on turn-by-turn directions, that potential to catch error is decreased.

As an example, if you’re in Australia, voice-command Google to navigate to you “Lismore”. I did that, and it didn’t check with me whether I meant NSW, or Victoria. There’s a difference.

If all you do is stare at a screen, and think no further ahead than the next turn, then sooner or later you’ll either end up where you shouldn’t, or take routes you shouldn’t. And that could mean a minor inconvenience, or a life-threatening situation.

So here’s how to avoid satnav problems:

Basically, the further you drive offroad, the less you can rely on satnav. If it is accurate, and it is increasingly effective, then great…but never rely on it, or assume it’ll be perfect. Always sense-check!