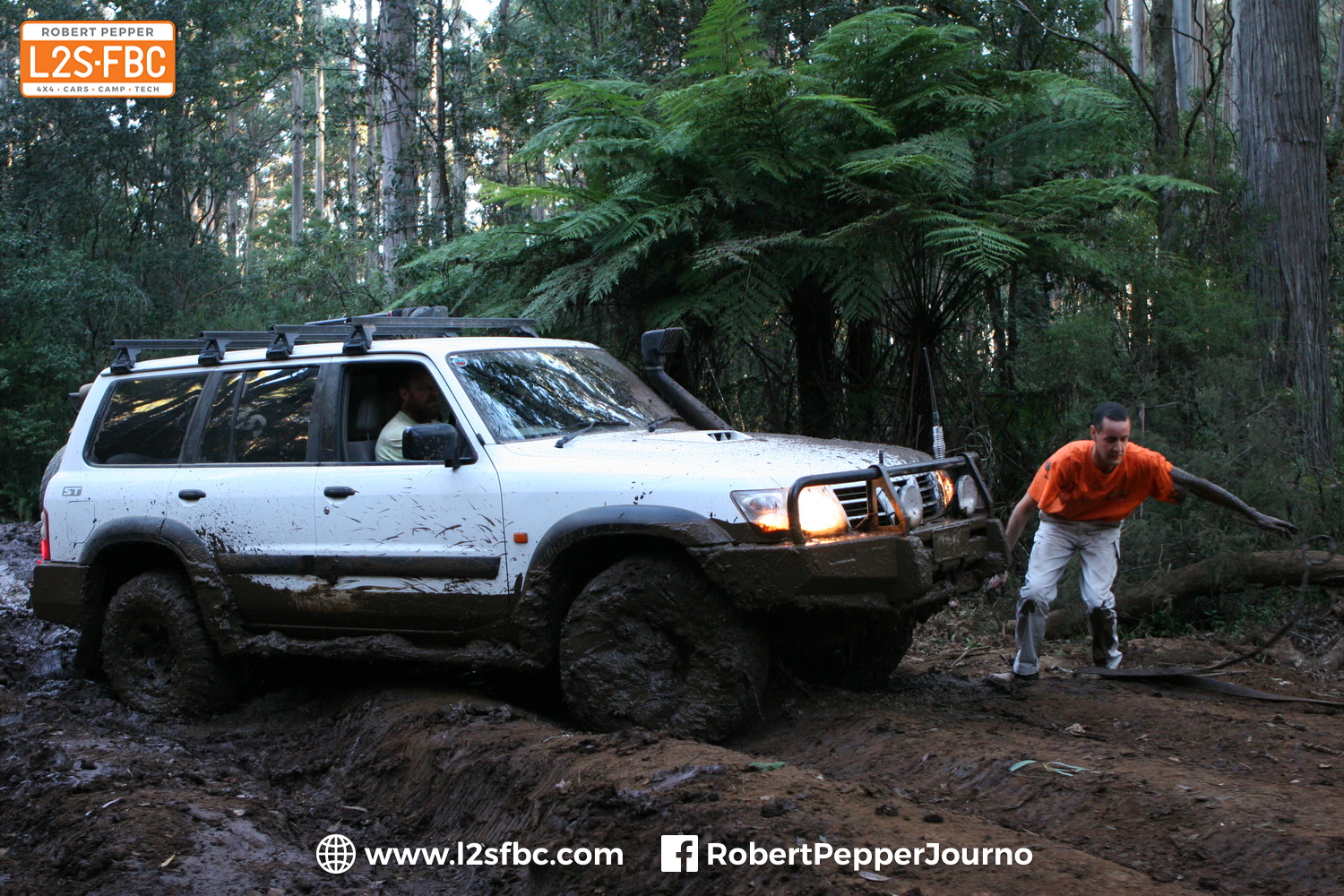 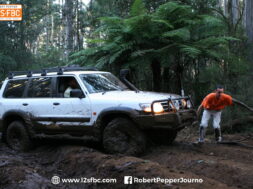 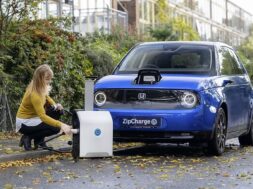 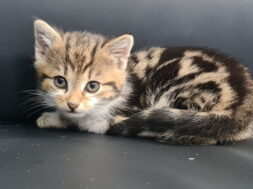 From time to time someone asks, or rants, about the business of journalism, so I’m writing this as sort of a general answer to various queries, and to let people know where I’m coming from as a journalist. Is that even the right term for what I do? I don’t mind – journalist, content creator, YouTuber, author, photographer…it doesn’t matter what you call me so long as it’s not an influencer, even though I believe I influence those those influence. Anyway, I’m going to run with ‘journalist’ for this article.

So what’s wrong with automotive journalism today? The general view seems to be that people would like informative, accurate, well-researched and entertaining videos, photographs and articles.  They’re tired of shallow clickbait, serious errors, presenters getting excited about nothing, obvious product promotion, shifting allegiances to products, poor production, re-hashed ideas and promises made in teasers that aren’t kept.

So let’s unpack how we got here, and how we might move on.

The makers of of 4X4s, cars, campers and everything else have always, and will always need to make potential buyers aware of their products. Back in the ’90s if you were looking to spend your marketing budget then magazines were the way to go because they reached your audience, and there weren’t really many other options. That meant magazines could sell advertisements at a decent profit, which allowed them to invest in quality journalism, at least in theory. There were also car shows which helped connect carmarker and buyer.

The Internet was certainly around, but wasn’t the force it was today for two reasons; first, few people used it, and second, publishing content required technical skills beyond most people.  There was no WordPress (first version 2003), and no Wix. And in those days, a journalist could just write, and do nothing else but write. There was a specialist photographer, and when the work was written, it would be reviewed by an experienced technical editor to make sure it was accurate, and a sub-editor to make it flow and remove any grammatical mistakes, then a graphic designer to lay the story out in the magazine, plus admin staff to take care of administrativia. Deadlines were monthly, so there wasn’t a lot of time pressure and things could be done right. Not that they always were right, but you would have many different, specialised professionals working together to make a story.

The two types of job

There are jobs that people will do for fun, and the jobs people do only when paid.

Jobs that you need to pay people to do are accounting, cleaning and data entry clerk. You don’t hear of people taking those jobs up as a hobby or in retirement.  Fun jobs include racecar driver, dog walker, artist, pilot, computer programmer and of course, journalist.

The racecar driver and pilot have something in common, and that is a high cost of entry even for an amateur – I know, I’ve been both!  Compare that to the costs required to start in art or dog walking…pretty minimal. And the same is true for journalism, which is both a fun job, and, thanks to the Internet, now has a low cost of entry. No need to compete for one of the few magazine writing slots, just create a channel and start writing or talking.

In some ways, that huge variety of choice is great. Instead of the chosen few writers for the top magazines, many other people can have their say, catering to niche audiences that have never before been served.  And you have to work really hard for your audience, not just cruise along on the mates-only gravy train paid for by magazine subscribers who have nowhere else to go. But there’s downsides.

Because so many people are providing content, and their costs are low, and they don’t care about profit, then the content is given away for free. As a reader said:

“We don’t need people to feed us information any more, we just Google it or ask in forums/groups for the info we need.”

This means it’s hard to charge for information, because even if your product is better or costs more to produce, it’s not so much better people will pay for it compared to searching for the next free thing. As a result, journalism revenue drops for everyone, and there’s insufficient funding to do good work. While a lot of journalism is fun, the valuable stuff often isn’t, and OldMate79 on the forums might have an opinion which is wrong, and won’t be putting in a lot of effort into research.

It gets worse. I’ll use an example to illustrate my point. To create a quality roadtest of a new vehicle my process is something like this.  Before I get the car I’ll need to research it by reading the press materials, manufacturer’s website, competing vehicle data and whatever else seems appropriate, for example the latest turbocharging technology. This takes at least an hour, sometimes four or more if it’s a complex vehicle.  Then you need to go get the car and return it – call that another three hours.  The test drive itself takes a solid three days, usually over a week. I can’t photograph and drive, so I use helpers who work for free, but let’s imagine I could pay them for a day’s work.

I then spend a day writing the test up, and it’s published. I’d like a technical editor, graphic designer and sub-editor but those are expensive luxuries these days, so the journalist has to do all that themselves – never as good as specialists, but needs must.  So let’s say all up there’s 7 person days of work in a good roadtest.

Now for revenue.  The days of carmakers paying fat fees for the back cover are long gone. It’s now far more cost effective for advertisers to use Google or Facebook to reach precisely the people you want reach – you know, how you even think about say a new camper trailer and there’s ads on your phone – and there’s no tedious deals to do with multiple ad agencies. I believe that also had a lot to do with the death of car shows; better to spend the budget on online advertising.

Anyway, I’ve enabled AdSense for this website, so you loading this page means you’ve seen ads, unless you run an ad blocker.  The exact amount of money I’ll make from you viewing this page varies depends on your value to Google, but it’s around $0.005.  Or, that’s 20,000 views to make $1.

So let’s take that 7 person days of effort and pay each person $500 – the average Aussie wage is $350, but I’m adding extra for freelancers with equipment. That comes to $3500, and it’s not even what I’d want to make a really good, thorough car test, but we’ll run with it.  And that’s for a simple car. If you’re reviewing a Yaris really all you need to do is drive it around town. For an LC200, you need to do a variety of offroad, onroad, towing, and 7-seat functions so it takes a lot longer, or should do. Anyway, for $5000 that would be 700,000 pageviews, and that number is not going to happen for any average roadtest even for a big outlet.

So we have a gap between income required and revenue gained. To solve it, one of three things can happen.

2. Blur the once-sacred line between editorial and advertising by accepting sponsored content. This is a whole subject by itself, but basically the more control advertisers/sponsors have of the content, the more they will pay and less independent it is. That doesn’t mean to say it can’t be informative, entertaining or useful though.

3. Increase quantity. By focusing on quantity not quality you compromise quality. Every time. I can assure you that the most well-written, thoroughly researched article which genuinely moves things forwards will not go as well for views as an amusing meme.  It’s the way we humans are, we prefer the sugar-hit of a shallow, emotion-tugging meme which to the meat-and-veg of detailed analysis.  So, to get eyeballs, you generate listicles, teasers, amusement, and Instagram #builds.

There’s also a risk these days which didn’t exist before, and that’s dependence on Big Tech. Back in the day, a magazine wasn’t dependent on any given company – printer, newsagent, distributor. Any could be changed. But now, we’re dependent on just one or two companies. Big following on YouTube or Facebook? If they switch you off then you’re gone, instantly, muted..and there’s nobody to speak to so you can plead your case. This is a business risk, and it’s a hard one to mitigate.

So what to do?

There’s no one answer, and each of the models has its place. But this is my blog, and I’d like to tell my readers/watchers/likers/followers about my view.

My motivation for doing what I do isn’t primarily financial; I do want to, and need to make money, but it’s hardly a cost-effective way to spend my time. What I enjoy is two things; first researching, understanding and learning, and second, helping others through explanations that make their activities safer and more enjoyable.

I don’t like the sponsored model, because it often (not always) compromises independence, and I hate the whole negotiation around payment and control, or trying to tweak a sentence so it says what it needs to say yet doesn’t upset the sponsor or advertiser. I’d much rather just focus on the next interesting bit of research. That said, I’d look at advertising provided it would be on the basis of “here’s our logo and cash, just say brought to you buy” as opposed to having the sponsor approve all the content before it goes live.  And when asked, I do help companies in the background because it’s a very good way for me to learn. But whatever I’ve done, if the result isn’t in my view independent, then I refuse to have my name put to it.

My preferred model is a fourth option. And that’s to be paid directly and only by the readers – be that via advertising on my YouTube channel or my website, or my Patreon account.  Some journalists are already doing that, and that’s the way forwards for me, as it preserves independence, allows me to focus on content, and hold true to what I believe in. I can also now specialise in my niche, whereas when working for outlets that try and be all things to all people for maximum reach I had to shorten, dilute and appeal to all.

Also, I want to move beyond the ‘enemy’ mentality in media. Historically, ‘competing’ outlets never even mentioned each other, far less worked together. In today’s world of more niches, that doesn’t need to be true. Collaborations can and should happen, and the rising tides lift all boats. I work closely with MadMatt 4WD for example – arguably we’re competitors, but we both feel we’ve more to gain by working together than against as we have different takes on the same subject and niches but hold the same values. And we believe our collabs increase both our audiences. And no readers just looks at one outlet, they consume multiple, so why not just accept that.

I’m also considering a Reader Panel of sorts, where valued readers or companies who support me in some way help direct what I do next, get insights, and maybe even help. There’s a hell of lot to do, and I can’t do it alone.

Want another view? Read this by Dale Lomas of Bridge To Gantry.

0
0   0
previous You can get mechanical advantage from a snatch block that doesn't move
next But MAXTRAX are no good in mud!