Home Blog Does FWD, RWD or AWD make a difference when towing? 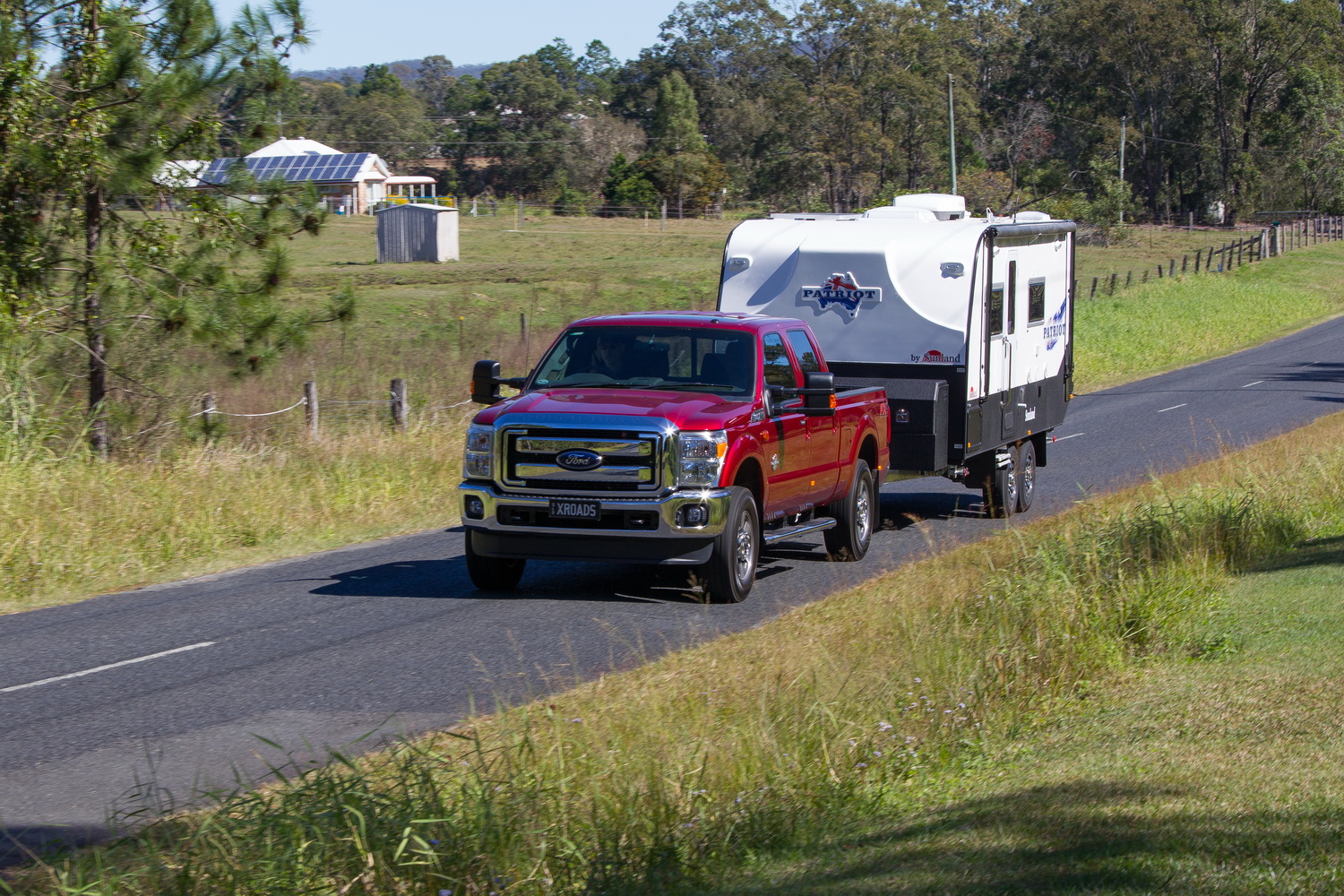 Question from a reader – given identical towcars, would a front-drive car (FWD) be different to a rear-drive (RWD) or all-wheel-drive (AWD)?

The short answer is “yes, but not by much from an overall perspective”.

The longer answer; let’s look at each phase of towing, starting with manoeuvring such as reversing the trailer. AWD can help here as sometimes a 2WD (rear or front) runs out of traction, particularly when reversing up hills or over a kerb. No real difference between FWD and RWD here.

Now we move to accelerating. Here the AWD has the advantage, as it drives all four wheels, so you’re unlikely to get wheelspin. The RWD and FWD drive only two wheels, so may spin a wheel, especially in wet or low-traction conditions. The FWD is particularly prone to wheelspin as any acceleration means a load shift from front to rear, and with less load on the front wheels, there’s less traction. And as you’re towing, you’ve got an increase in rear axle load, and a decrease in front axle load so even less traction. So, for accelerating, AWD best, then RWD, then last of all, FWD. I should note that FWD vehicles usually have more weight over the front axle than RWD, which is an advantage when you hook the trailer up as the weight distribution becomes a little more equal than RWD.

In the cruise all are equal. But what if there’s a bit of trailer sway? This is where you need all possible grip from the tyres. Now if you are needing say X units of grip to move forwards, in an AWD each tyre has to generate 1/4 of the X, and the rest of the tyre’s grip can be used for lateral grip.

In the case of a 2WD, or FWD/RWD, then two wheels need to generate all the X, so 1/2 X. Those drive wheels have less grip available for lateral grip to resist sway. So, the FWD leaves all the rear tyre’s grip free for resisting sway, and the RWD less… but the front wheels aren’t critical for sway reduction. The AWD is somewhere in between, but I’d put it ahead of the RWD as AWDs are more stable in car control situations. It’s all pretty marginal though and factors like vehicle weight, tyre pressure, tyre condition and more are far bigger factors.

Now for braking. If you’re only using the brakes, there’s no difference. If you are using any form of engine braking, for example shifting down when braking or just using a lower gear when descending a hill, then you want that engine braking force split over four wheels – that’s X amount of braking force, so each wheel does 1/4 X which is what AWD gives you. FWD and RWD concentrate the engine braking force on one axle, so there’s a potential to lock a wheel.

This is largely a theoretical question but, the decision between RWD/AWD may will be one that potential towcar purchasers need to make. Some popular vehicles like the Ford Everest are available in AWD or RWD – the RWD version is cheaper, lighter and uses less fuel but has less traction. And I think that even if you’re not an offroader, sometimes in places like caravan parks AWD is useful for going over grass or up steep dirt roads.

So all things considered, I’m going to run with AWD as the best for towing, and that’s backed up with my practical experience with all three drivetrains. Towing is like any driving; understand what you’ve got, and drive to make the most of it!

Wondering what towing weights limits you need to worry about? Watch this:

0
0   0
previous What are the driving technique differences between RWD and FWD?
next How to set up a GoPro action camera to record track car laps