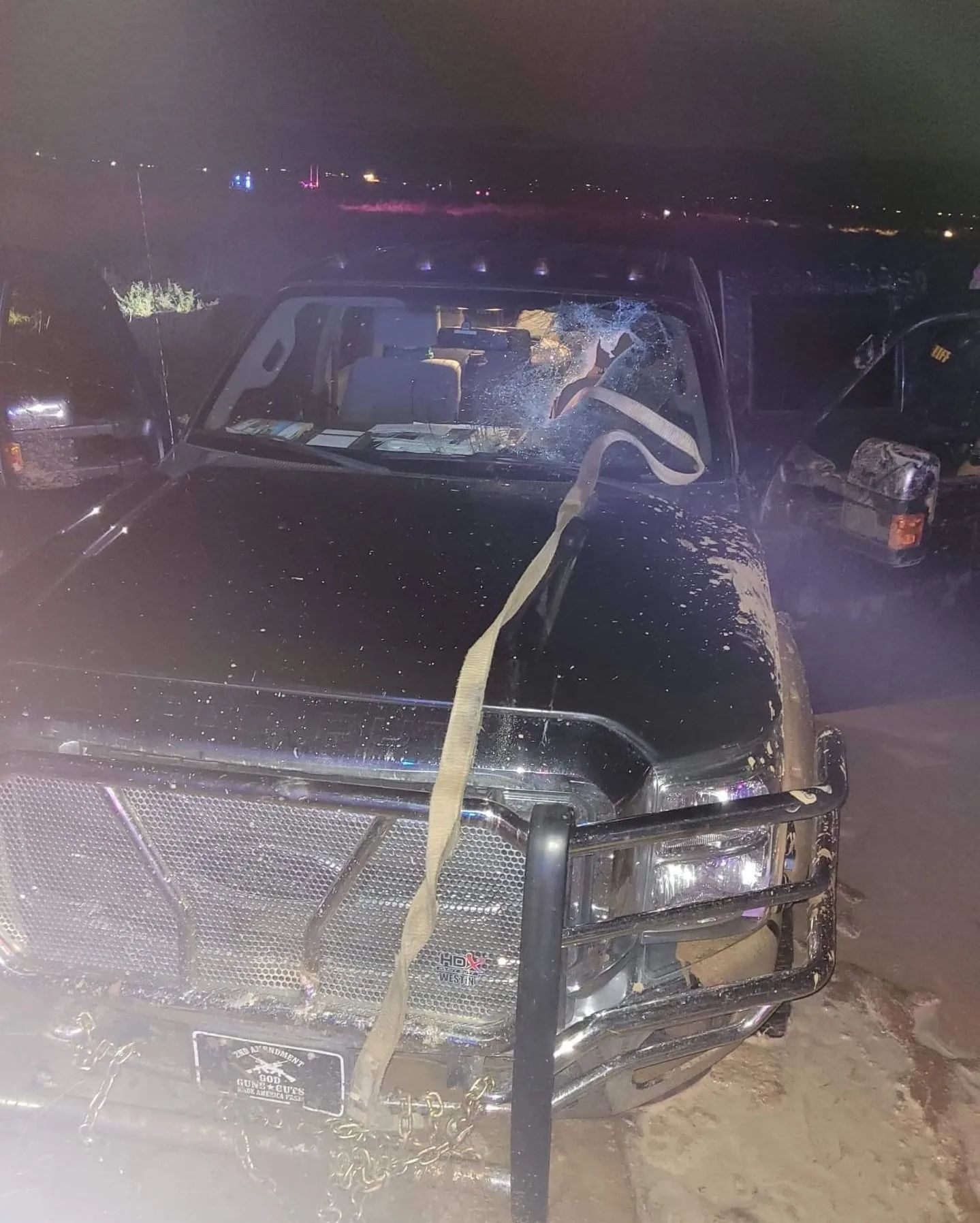 Sadly, again someone has lost their life during a 4×4 recovery. I do not know the person but my heart goes out to all concerned. Yet every time this happens, we need to look at the cause and publicise what to do, and what not to do, so nobody else dies or is injured.

UPDATE: The family has a GoFund me page here. This blog post earns me money (albeit a tiny amount) so while I want to educate and prevent others from making the same mistake, I feel bad about it making any money in the process, so have donated what will be the revenue from this page and more.

As ever with these images they are quickly shared and the story becomes garbled. Initial reports were that it was the towball which failed. That’s incorrect. Here is the truth:

The ball isn’t what failed; it was an 8 inch (20cm) drop hitch which broke in half. Towing vehicle was above the casualty vehicle about 4-6 feet (roughly 1.25-2m). The drop hitch broke where circled in the attached picture and half was still in the towing vehicle. The other half caused the fatality of the driver when he was hit directly in the mouth by it. The part is still seen in the vehicle.

My responses here isn’t to stir any arguments on whether or not to use tow balls. My point is to clarify and introduce some accuracy as to the failure point. It’s clear from the pictures the strap never slipped off the tow ball and that the tow ball itself did not fail.

Some backstory: The pictures were sent to me from a first responder friend in Arizona, which I passed to colleagues with permission and now they’re making the rounds.

So that’s pretty much direct from the source, and I have permission to post the images as well as the text above which is from a respected 4×4 trainer in the USA.

It was a typical Monsoon day in Small town Kingman, AZ. The undeveloped Baron wasteland where developers have dumped their excess dirt has created obstacles for the community to enjoy year round, anytime it rains the fields turn into a mud infested swampy play ground for all the locals to flock to in their 4×4’s quads and side by sides. But nobody could’ve seen what Tragedy would happen on that Cloudy wet afternoon in the high desert.

The XXX family X and X were out in their Ford Super Duty with their kids in the back seat playing in the mud, enjoying the thrill of sliding sideways spinning the tires, splashing through puddles, all while navigating through years of man made tracks filled with deep mud holes that would challenge the most capable of vehicles. Well soon into the adventure X came across a mudhole that sunk his 4 ton beast. Even with a rear locker and 4×4 he was swamped, unable to budge the truck with all 4 tires spinning he was stuck with no way of getting out without a tow, so like every other time he’s gotten stuck he called upon a good friend he’s known for 20 years. This friend a known off roader, racer, and mechanic came out in his 4×4 hoping for just a quick pull out of the mud so he could get back to his Jacuzzi waiting for him at home.

With minimal recovery gear with him and years of off roading experience he like many other people across the world, worked with what he had on hand. A chain stretched across both factory front recovery points a 3” static HD tow strap and a drop down hitch with a 2” ball connected to the rear of his 4WD truck. The first few attempts failed with one of the chains failing to be strong enough and broke after the second pull. After that the strap was connected directly to one front tow point. After a few light tugs the truck wasn’t budging. Knowing more force was needed to pluck this 9,000lb truck out of the mud he backed up a few feet to get a better start. That turned out to be too much stress for the ball hitch when the extra tension was created by the force of the pull it ripped the drop down portion of the hitch off of the truck, sending it and the strap directly towards X’s truck smashing through the windshield, directly where X was in the Driver seat. The force was so great it ripped through the windshield and bent the steering wheel before ultimately striking X in the face, ending his life. With his family in the car, an afternoon full of fun and excitement turned into a traumatizing experience, this family will never be the same.

Now the entire point of this post is to avoid similar problems in the future, so here is the guidance. If you are looking for black-and-white rules then sorry, this is 4×4, and there are very few and if you consider the variation in gear between countries then it becomes harder to lay down hard rules. For example, we’d never recover off a towball in Australia – but they do in the UK as their style of towball is entirely different. This post could get really long, but I’m going to make a few points first:

Now I’m going to focus on one thing:

Some vehicles have their towbar higher than usual, often because they run suspension lifts and taller tyres. This means they need a drop hitch to lower their towball back down to the normal height for a trailer.

There is nothing wrong with drop hitches per se, although by their nature drop hitches aren’t as strong as in-line hitches. Here is the problem:

When you recover off a drop hitch then you generate a force which I have marked in yellow. This has the effect of pulling and rotating the hitch, which I have marked with a blue arrow. Two specific stress points are marked with red lines, and because the hitch now has a rotational force, then there’s an up and down force which I’ve marked with red arrows which adds extra stress. You see there is a gusset on this one precisely because of these forces. The way forces build up is impressive…take a look at the end of this post for my bridle video which has an example.

For towing the forces aren’t super significant. A trailer of 3500kg has a rolling resistance of around 140kg (excuse my units, engineers). Going up a 15 degree hill, which is a really steep road hill, adds another 875kg so that’s 1015. Let’s factor in some braking/accelerating whilst on that hill, call it 1500kg. It’s really not that much stress when towing, and the force is applied somewhat gradually. Yes even if you have a V8.

Now compare this to a snatch, or kinetic recovery. Any vehicle with a drop hitch is almost certainly going to be heaiver than average, but let’s be conservative and call it a 3000kg vehicle – the vehicle in question is an F-Truck, and it’s well and truly bogged (estimate above is 4000kg). Now I’ve done field tests in recovery loads, and read a lot about them in military manuals and the like, and talked to other people who have done similar tests, I can assure you it’d be really easy to get to forces of vehicle weight (4000kg in this example) and beyond during a kinetic recovery. Looking at the bogging, I wouldn’t be at all surprised if the force on that hitch was in excess of 6000kg / 11,000lb.

And that is stress the hitch is not designed for. Particuarly if it’s old, and perhaps has been knocked around a bit because maybe the owner forgot to take it off when doing some rock hopping (not known if that’s the case here). So, it breaks.

Here’s where it broke:

You can see the pin itself and towbar didn’t break:

What you want to do is set things up for an in-line pull. These images show what to do, and not to do:

Here’s the video where I explain why vertically orienting the shackle is a good idea:

If you want to see how to safely join two straps, watch this:

Here’s bridles, if you want to see how some recovery forces work:

And this shows where the danger zone is:

Finally, here’s Mad Matt’s take on it – worth a watch. 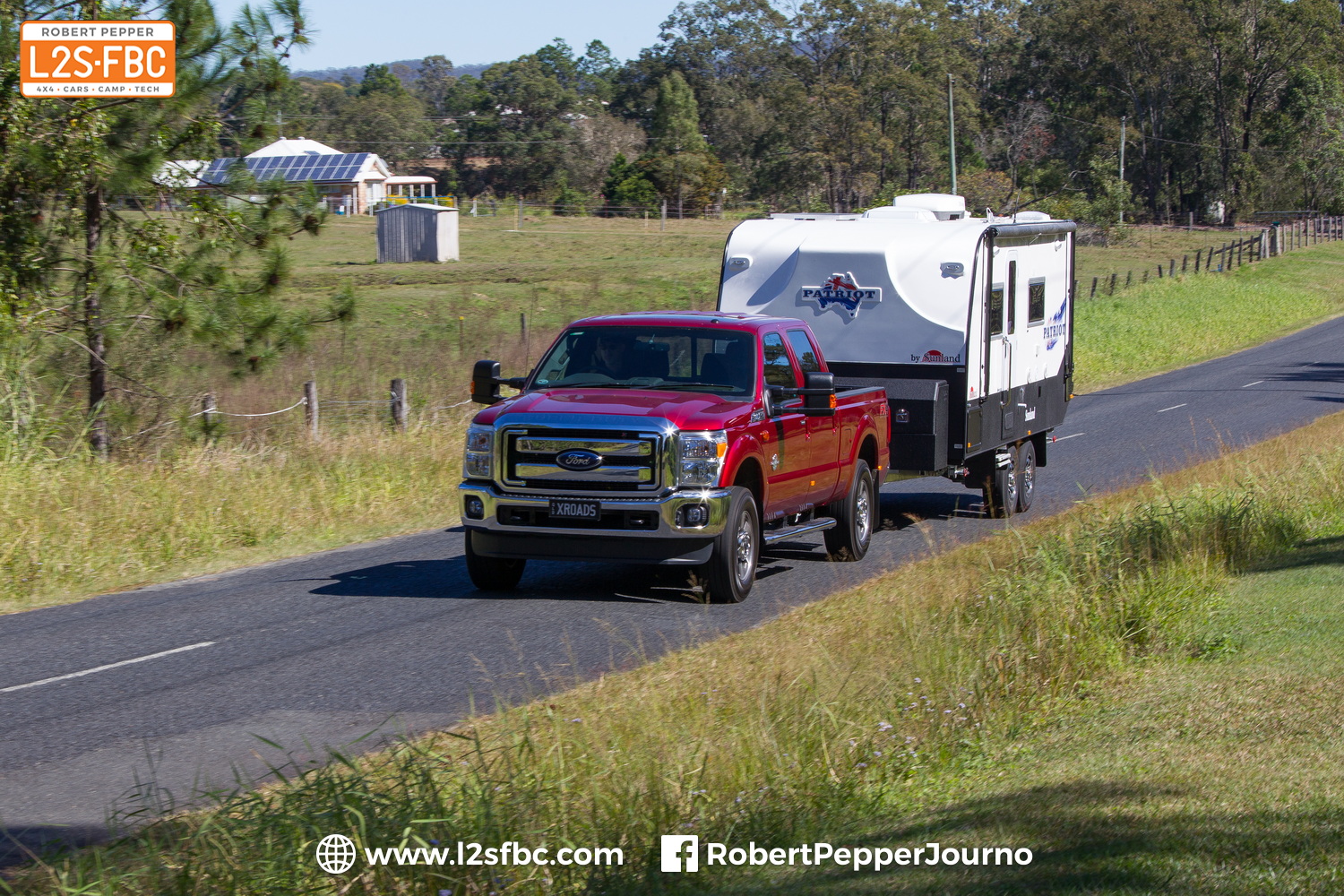 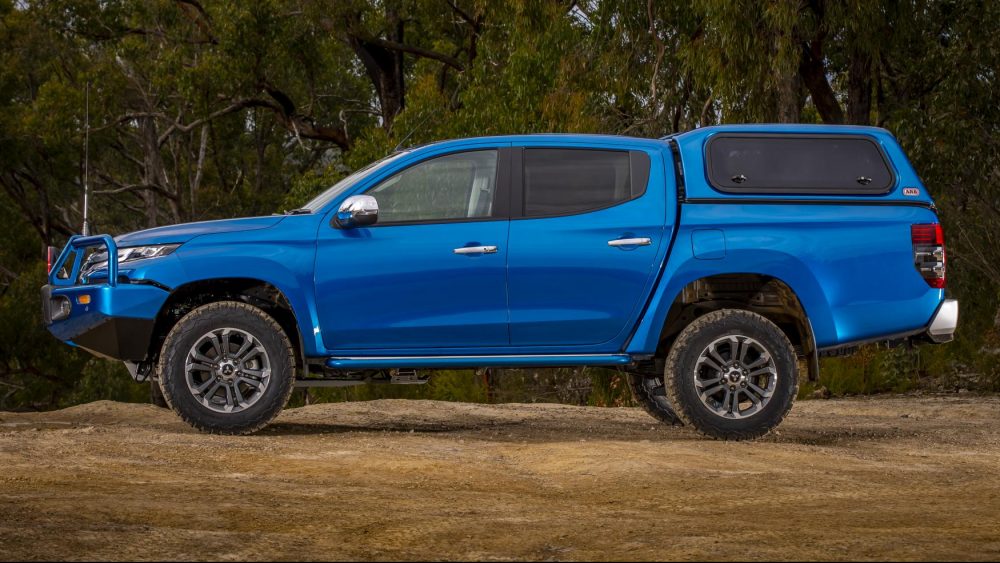