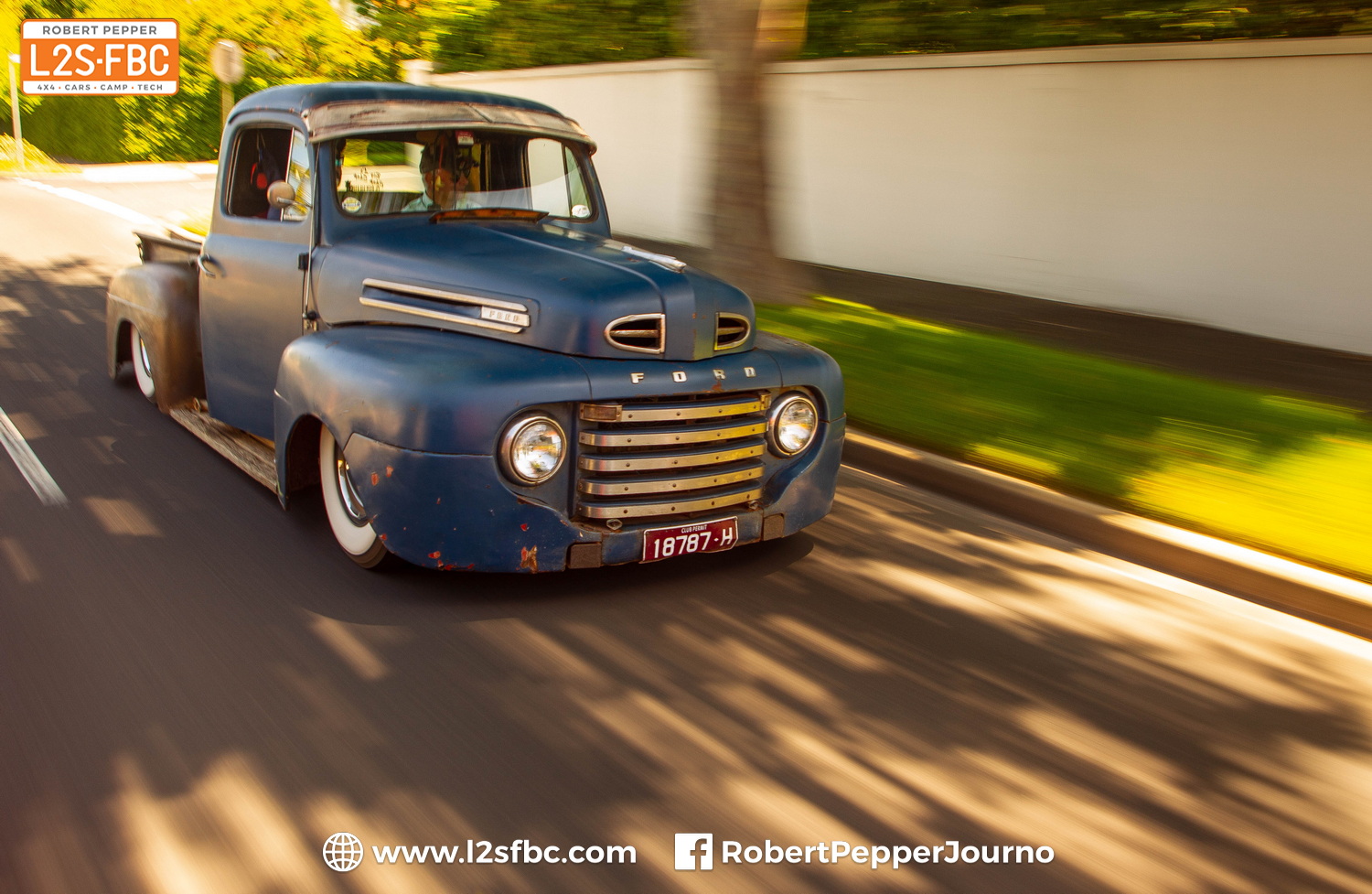 It all started on a lazy Sunday afternoon with a few spare hours.

Whatever your opinion of social media, it’s certainly opened up new ways to communicate and that includes seeing what interesting events are happening near you. And with just a tap Facebook checked out what was on and let for us know a muscle car meet was pretty much on our way home. Now I’m not really into muscle cars but when there’s a gathering of vaguely interesting vehicles close by you may as well see what’s going on. Serendipity is my favourite word, and in general if you have a choice of do, or not do – then generally the ‘do’ choice will be the one that works out best.

The meet itself wasn’t particularly well attended, but we did have a good chat with the owner of a new V8 Mustang, one of the last new muscle cars. Will EVs ever be classed as muscle cars? That’s a question for another time. Today, we’re more focused on another vehicle that turned up to the meet, a nicely restored Ford F-100 truck.

I happened to be attending this event with my friend L who is one of those incredibly friendly sorts who enjoys striking up conversations with total strangers. And of course she had to talk to the F-100 owner, because why not. Not sure he was ready to deliver his life story, but that happened anyway.

The few cars there started to disperse, and as we too left L mentioned it was a shame her friend A wasn’t here to see the F-truck. Why, I enquired? Because, she said, that was his dream car.

We’ve all got one. Some car that you just desire, usually for no rational reason. Maybe you saw it as a youngster. Maybe your parents owned one. Possibly you had a model of it. Or saw it in a movie. Perhaps you developed the interest later in life. It doesn’t matter how, just the specialness of the car to you matters.

Some of us are lucky enough to own our dream cars. Others are not, and L told me that significant health issues had seen A abandon his dream of importing an F-100. And in his mid-sixties, that wasn’t going to improve. So I had to ask.

L stared at me in surprise.

“Of course! That’s be amazing!!! But how do you organise that? Do you know somewhere to rent one? Does one of your mates own one? Do you have one tucked away somewhere?”

I was enjoying her shocked look.

“It’ll be easy. For an enthusiast vehicle like this, there will definitely a Facebook forum dedicated to the truck. Just ask there, and it’ll happen.”

L was not convinced.

“Really? People would just take other people for a ride, someone they don’t know, just like that? Why would they do that?”

She’s really not a car enthusiast, this lady. So I explained:

“Absolutely. It goes to the heart of the enjoyment people get out of owing a special car like an F-100, or my Lotus, or a Mustang, or whatever. Yes, we enjoy the drive. Many also enjoy the work, the challenge of build. We enjoy the like-minded community as a given type of car tends to attract similar people you can relate to.

And I think we all love the way our cars can bring a little joy to other people’s day – even if that’s a smile as you pass by, a chat about the car and the story, the chance to sit inside for a pic, or a joyride. Despite appearances, car culture and ownership is fundamentally about emotions and people – the car is a way to make those experiences happen.”

“So you think you could organise A a ride?”

“I’m sure of it. I’ll message you later tonight with how.”

That evening I put in a huge, monumental effort in to find A his F-100 ride. This consisted of:

Ninety seconds later I had to have a lie down to recover from unprecedented levels of exertion.

Next morning L read her message from me, joined the group, posted the request message, put her phone away and set off around the Tan to cut a few hotlaps.

When she finished her walk, she pulled her phone out. Facebook told her there’d been replies to her post on the F-100 group. So she started to read, and began to cry.

I got the story later.

I resisted the temptation to mention something about being right. It’s a skill I’ve developed over the years, along with modesty.

“Okay, so choose an offer. If I’m free, I’ll shoot some pics so there’s a memento.”

“The protocol goes like this; you should offer payment for fuel etc, as you did in your message and again when it’s arranged. I’ve never known that be accepted, but it should still be offered. However, it is right to give the owner some sort of gift. The universal currency of car favours is alcohol; slabs or packs for muscle car owners, bottles of wine for supercar owners, spirits for LS-swap owners. You may even quote ‘jobs’ in terms of numbers of slabs, for example fitting suspension might be one slab, an engine replacement three slabs.

However, I have a better idea. I’ll do the pics, then you choose one, print and frame it A3 sized at Officeworks or something, and gift that. I think that will be more appreciated that a drink, and it’ll certainly last longer. Everyone with a car like this appreciates a photo, which is why most of us have the car as our profile pics.”

With that, L was good to go, a woman on a mission.

“Okay, I can arrange that. But he’s coming all the way from Geelong!”

“Yes, but you have to remember us owners go for drives anyway, just because. This time it’s a drive with a purpose, so it’s not going to be any extra trouble. If this wasn’t on, he’d probably be going to some Cars and Coffee meet or F-100 owner’s event or shed night or whatever. The car is there to be enjoyed, and this is a chance to use it for the purpose he owns it for. Also, the normal person’s ideal of a ‘long drive’ is not the same as that of a car enthusiast’s idea of a long drive.”

So L waded through the responses and messages, figuring out which ones to talk to, based on distance to travel, the look of the truck and cuteness factor of the driver. Eventually she came to an arrangement with a local F-100 owner to meet for a Beach Road cruise on Saturday arvo. And as you’d expect, the little meet was thoroughly enjoyed by A, his family, L, and the owner who even brought a mate along with another F-100.

And that’s my reason for writing this article. If there’s someone close to you who has always wanted a ride in a dream car, then it can’t hurt to ask. You could easily make everyone involved that little bit happier, if only for a few sweet hours one summery afternoon, creating “that time when” memories that’ll last forever.

If you did want to find a gift for a car enthusiast, have a watch of this where I run through a few ideas:

What’s your story of sharing your car?

Just as I finish writing this, another story of emotional connection popped up on Facebook. Really illustrates the point of car culture. 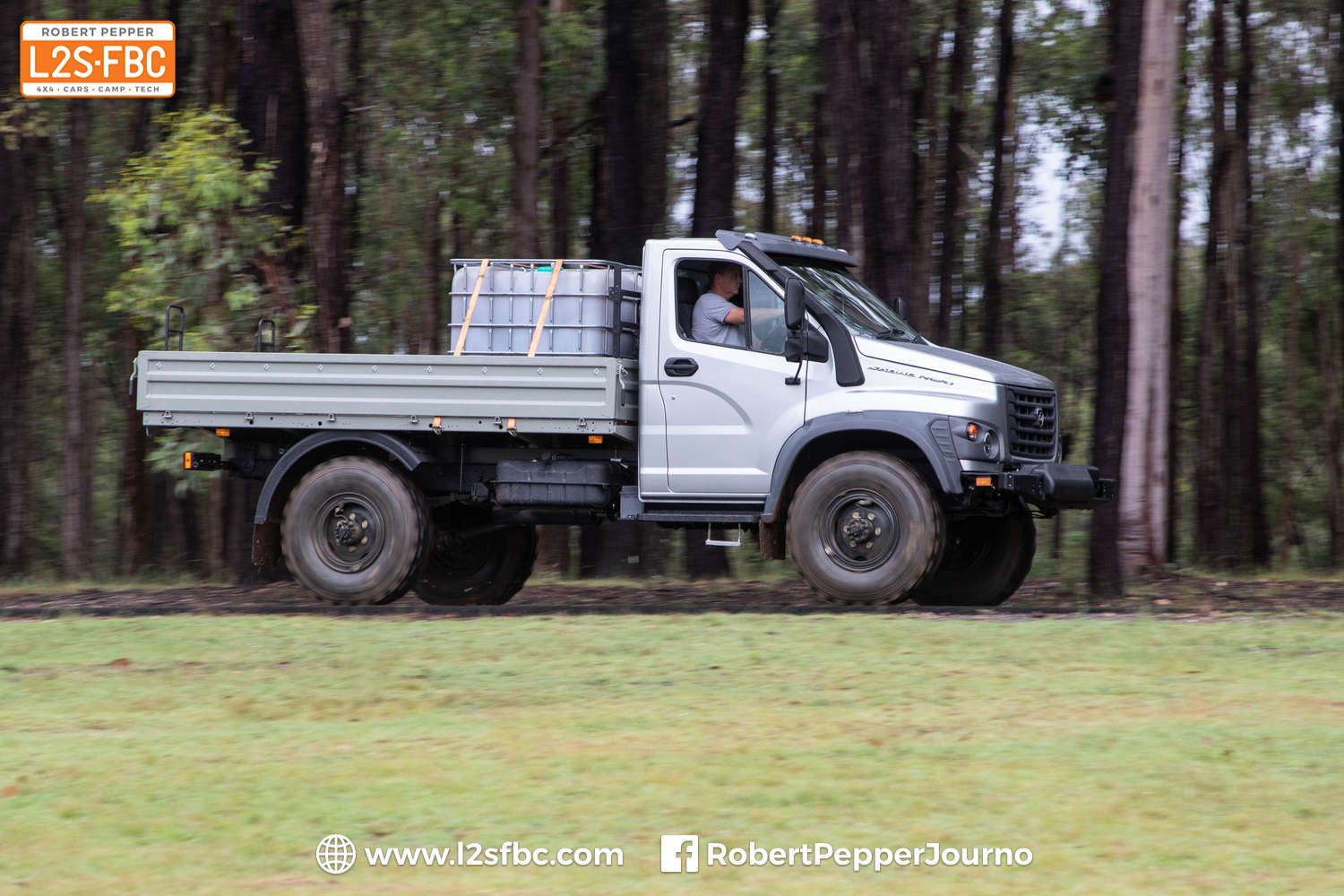