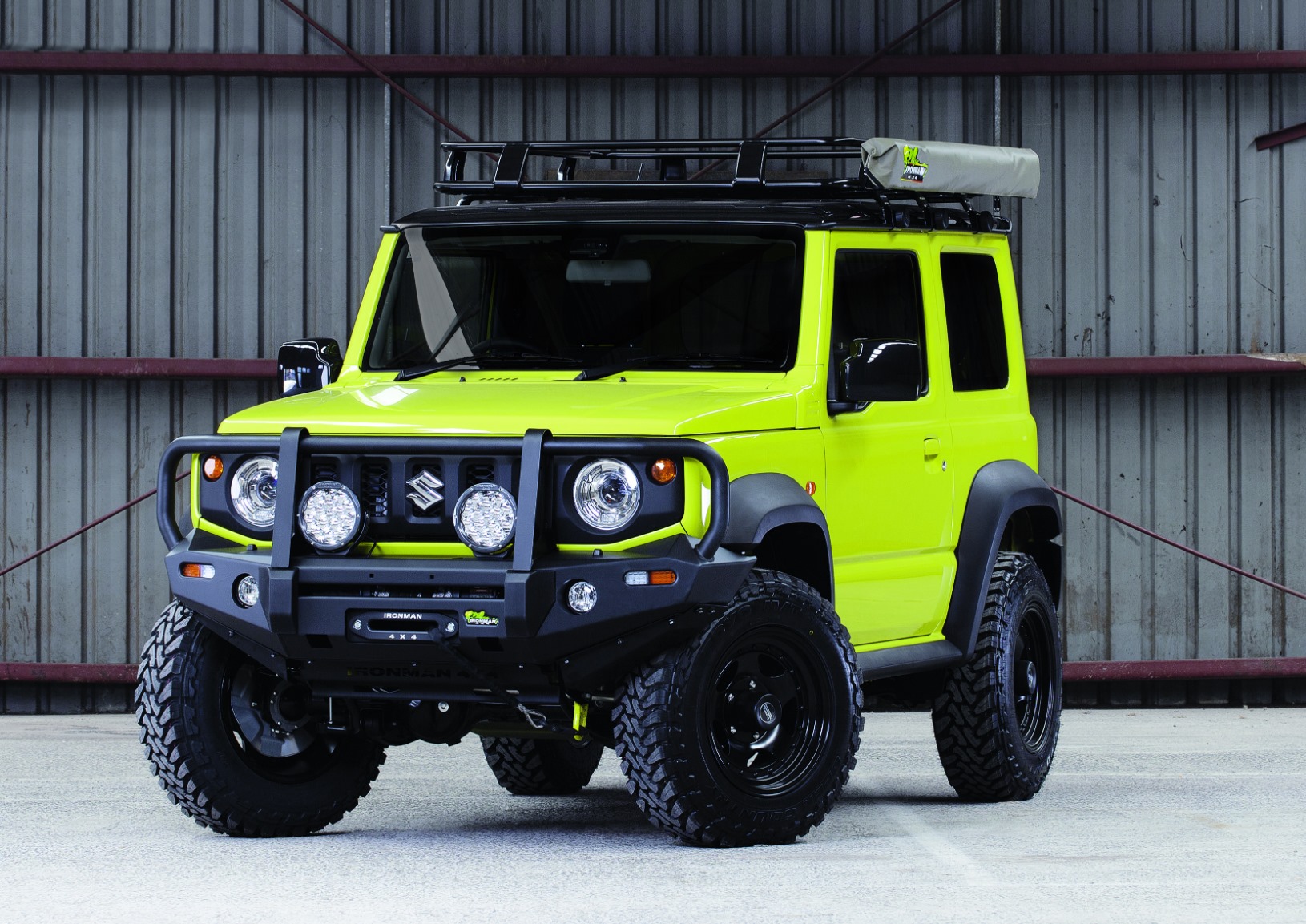 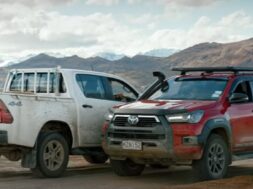 Everyone’s short of payload these days as we’re taking more, and heavier gear on our touring trips. Once you start adding up the numbers it doesn’t take long before you’re at the limit of what the vehicle can carry, and for the tiny Suzuki Jimny that’s only around 340kg. Consider the weight of two people, say 170kg, and that’s half your payload gone before you’ve thought about the extra weight of offroad tyres, roofrack, winch, camping gear and everything else. It’s doable, I carry a tent on my back when I hike, but it’s still not a lot of load carrying ability. Arguably that’s not what the Zook is for, but people can and do use it for that purpose and good on them.

The solution these days is to simply upgrade the GVM, or the Gross Vehicle Mass, the maximum the vehicle can weight. Ironman 4×4 have developed a GVM upgrade, changing the front axle load from 680kg to 800kg, and rear from 800 to 1100. That means a payload of around 690kg, along with a +45mm ride height change. That’s plenty of load carrying capacity.

Now some would say that’s too much for the Jimny, and that’s fine, each to their own. You buy the car, you do with it what you want so long as it’s legal and doesn’t hurt anyone else, live and let live.

Except that it appears that you can’t get a pre-rego GVM upgrade on a Jimny. There’s four types of GVM upgrade, which are fully explained in this video:

What we’re interested in this case is pre and post registration GVM upgrades. A pre rego has to be done before the car is registered, and is then legal throughout Australia. A post rego is done after registration, and is specific to the state the car is registered in. The car can legally be driven anywhere in Australia, but if it is re-registered to another state, then the GVM upgrade needs to be done again.

What appears to have happened is this – the decision to allow a pre-rego GVM upgrade rests with the dealer. However, Suzuki Australia has advised that dealers should not allow the upgrades, and one of my readers has rung several in Victoria and been told no each time. Here’s some correspondence:

I also asked Suzuki Australia for their view, and this is what they sent me a repeat of the text above.

The part about warranty is fair, and expected. However, that needs a caveat – if for example the airco failed, then Suzuki should honour that warranty as it’d be hard to link the aircon failure to any GVM upgrade. If the axles failed, different story, Suzuki could justifably claim they are loaded beyond their design limits. However, Ironman have a warranty on their own GVM upgrades.

The solution for the moment is to get a post-rego GVM upgrade, about which the dealer and Suzuki can do nothing, apart from the warranty point above.

Interestingly for Australia, Queensland has a Suzuki operation that is seperate to the rest of the country. They did not respond to my email.

And this is what Ironman 4×4 had to say:

The small payload offered by the Jimny is often preventing owners from using their vehicles in a real world situation, in many cases this includes travelling with essential supplies and equipment. Ironman 4×4 is offering a thoroughly tested and approved engineering based solution to overcome this load limitation, providing Jimny owners with the only legal GVM upgrade available on the market.

In addition to a federal GVM approval [Australia], Ironman 4×4 also hold TÜV and German ABE approval for the suspension in the Jimny.

GVM upgrades are a saviour for many who quickly run out of payload. There is never something for nothing though, and the heavier the vehicle, the greater the stress on all components so owners considering GVM upgrades need to bear that in mind. However, the fact is that GVM upgrades are legal, and I personally think if you’re informed of the pros and cons, and it’s legal, nobody should be you stopping you. Ultimately it’s a dealer choice, but with what appears to be advice not to from Suzuki Australia you can’t blame their dealers for seeing a lot of downside and no upside.

So I’m disappointed by Suzuki Australia’s position on this subject, and hope the principle doesn’t spread to other carmarkers and in other ways. We don’t want to end up with a subscription model where you can’t do anything to anything – a huge part of car culture is modification to make it your own.

What else can you do?

Another alternative is simply take less, and lighter gear. Here’s how you do that.