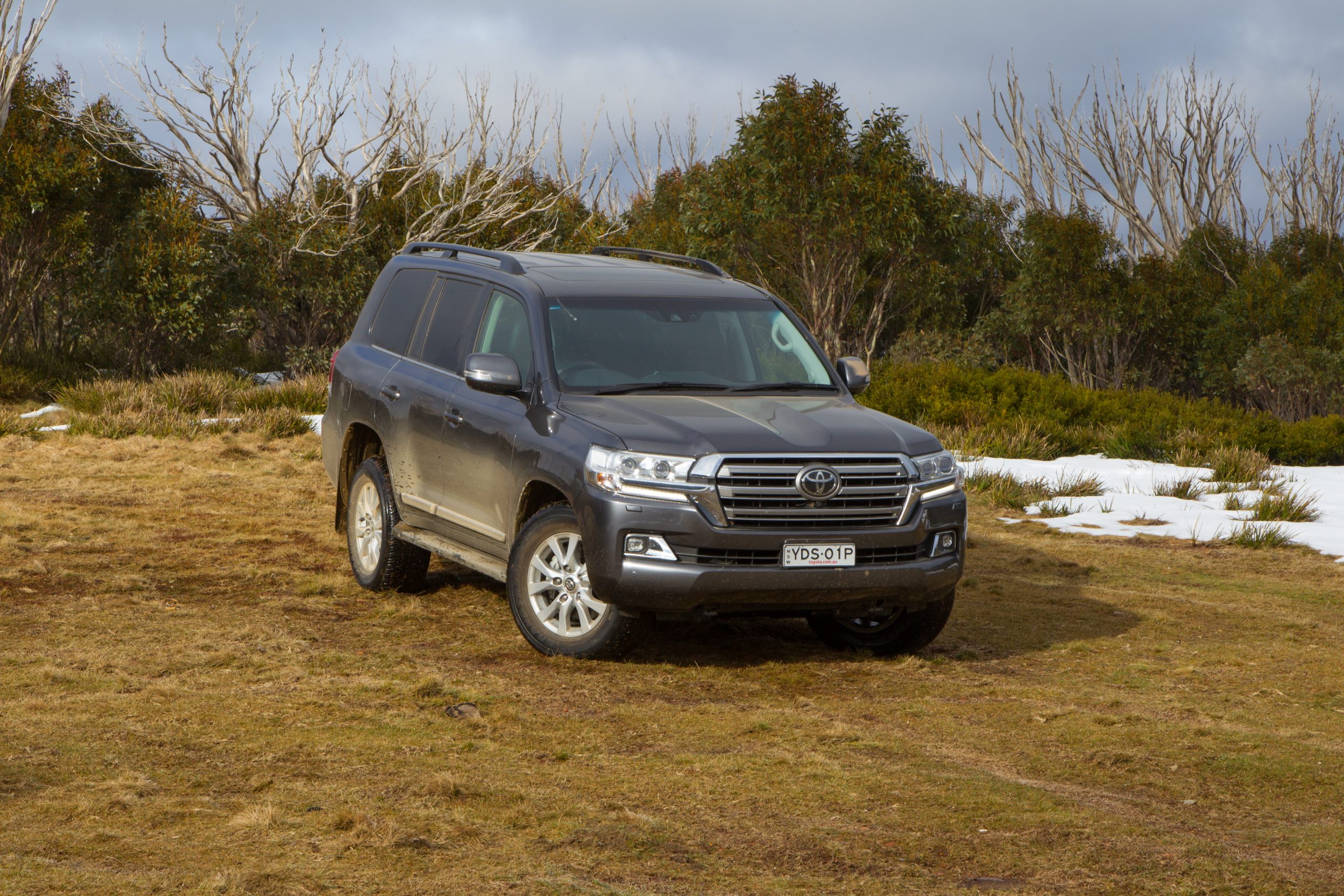 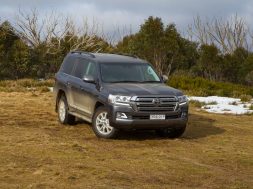 The UK is scrapping its towing license test 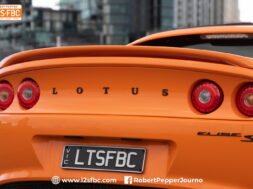 How and why - change your car's badge colour

A reader wrote in to Overlander to thank us for the tyre guide. Unfortunately, the tyre shop fitted the wrong tyres.  It was sorted out in the end….

Regular readers may recall a letter from ‘Squizz’ thanking us for our comprehensive tyre guide as in it we had listed the Cooper STT in 275/65/R18, and that appeared to be a perfect fit for his LC200.  It was with some difficulty that he tracked down a shop who even agreed the product existed, but eventually he found a place willing to sell him the tyre and fit it.  Squizz then sent us the note of thanks, and it’s a good thing he did as the guys from Cooper Tyres read the letter and realised the tyres fitted weren’t road-legal for the 200.  The problem was the load rating – the STTs in that size have a load rating of 113 (1150kg), whereas the LC200 needs a rating of 116 (1250kg), as stamped on its placard.  The intricacies of choosing a tyre were covered in detail in our November ‘09 issue.

Coopers immediately contacted us, we contacted ‘Squizz’, explained the issue, and put him in touch with Coopers.  Squizz wasn’t too pleased about the situation, but was impressed with Coopers, saying “Thanks for your help…Coopers called me today and it will be resolved later this week. Their service is as good the product and that is top shelf!”  Squizz now has a set of new STs in 275/65/18, load rating 123 (1550kg), and the tyre shop in question has been educated on the basics of fitting road-legal tyres. It is true Squizz asked specifically for those tyres, but we think a little caution along the lines of “yes, we can but do you realise…” wouldn’t have gone amiss.  If Squizz had then opted to go ahead anyway after being told of the problem the shop would have done its duty.

That’s the end of the story for Squizz, but not for many others.  We aren’t going to name the tyre shop responsible for fitting tyres that clearly aren’t road-legal because that would single out one organisation when in fact there’s a much bigger problem in the industry.  There are many very good shops where you’ll get quality advice, but also many who take a “fit and forget, she’ll be right” attitude to aftermarket sales.  You might think the place that sells you tyres would understand the regulations relating to diameter, width, load, offset and speed ratings but sadly often they either don’t know or don’t care and not a month goes by when we hear of a case similar to that of Squizz, and remember it took him a few tries to find somewhere that even admitted the tyre he wanted existed.

Nor is the problem confined to tyres; there are regulations around the visibility of lights which must be complied with when fitting spare carriers, suspension lifts (it’s not 50mm, it’s 1/3 of the suspension travel), position of driving lights, GVM, antenna positions and sizes and so on. Even some manufacturers of accessories have reacted with surprise when given a copy of the state’s road regulations, apparently never having read them – I had this argument recently with a rim manufacturer about the regs stating the nut must engage the same number of turns as the OEM equivalent, and another time a shop went as far as fitting steel rims to my Defender that had an offset changed by 30mm – clearly not legal yet they told me “it’ll be ok”.

There are also some practices that are probably legal but not advisable, and one example from a recent trip in a taxi — the driver’s job computer was bolted firmly into the A-pillar, exactly where the curtain airbag would inflate in the event of a crash.  A similar example from 4WDs – a helpful shop had relocated a cargo barrier at little forwards of its designed position and angled it for more space in the rear using custom-made brackets, not realising that the reason it was set so far back was to avoid fouling the curtain airbag for the second-row passengers.  As far as the LC200 goes Squizz’ letter is the second in a month that indicates the wrong tyres are being fitted to these vehicles.

So what can you do?  Some people aren’t particularly bothered about complying to the exact letter of the road regulations, reasoning that everyone does it and things like a tyre being slightly larger diameter than legal aren’t anything to worry about as long as it does the job.  Others prefer to have their vehicles comply strictly with the law. If you are in the latter camp then unfortunately the only real solution is for you to read the regulations for yourself, and it often helps to print a copy off with the relevant section highlighted – this worked for a friend of mine who was told any tyre is ok as long as it’s no more than 10% larger than stock, which is incorrect.  Ultimately, it’s your car, your responsibility.

The best thing to do is to strike up a good relationship with a trusted accessory shop, of which there are a great many.  You know you’ve got a good one when you ask questions and get a confident and detailed explanation, pros and cons are explained, there’s no reluctance to show you things really do comply to the regulations and in general you get a reassuring feeling of talking to an expert who cares.  In the case of Cooper Tires a local-call customer service line is provided, 1300 COOPER (266 737), and on the end of that line you’ll find quality advice you can rely on for their products.  We’d also like to say good on Coopers for taking the time to fix this one and setting a customer service example for the rest to follow and that this issue was not about the tyre, but about the selection and fitting.

A new way to screw things up

Well I thought I’d seen every way a tyre dealer could screw things up from ordering the wrong tyres, giving people incorrect advice, mounting directionals backwards and not knowing road regulations. But today the industry amazed me yet again.

I ordered five new tyres and they arrived on time, which was something of a minor miracle. I checked the tyres were indeed to spec before they were mounted – quite often they turn out to be 16s instead of 17s or ATs instead of muds — guess as long as it’s black and round who cares – and all appeared to go well, including the alignment. I asked to see the alignment report which was duly handed over.

It looked suss. The rear toe hadn’t been adjusted but was out of limits, the front toe had been markedly changed and camber was apparently meant to be zero. So I asked questions.

And these people sell and fit tyres, even representing themselves as having some form of expertise. My god. While not expecting him to be up on Discovery model years anyone should know that often vehicles change quite dramatically and a six-year gap should be cause for concern.  A halfway decent specialist should even be able to look at the alignment specs for any given vehicle and guess whether it is all wheel drive, rear or front, live or independent and if the car on the ramp doesn’t match, you’d hope little alarm bells would go off somewhere.  But no.

So I explained the ’02 models are live axle and the D3s are full-independent, let alone other differences.  The guys did not grasp the concept or the implication, and the response can be summarised as ‘they are both Discoverys therefore what is the problem?’

Oh and the rear toe was left as-is….because the fitter reckoned there were no adjustment bolts. I reckoned different and after a brief search we located them (“oh dear, missed that”).  Anyway the ’02 Discos were live axles so rear toe never came into it so why would a D3 need it!

It then got worse.  Having been caught out making an embarrasing monumental error rather than admit it and apologise they then attempted to try and convince me that the specs didn’t really matter and I was creating a fuss over nothing.   This plumbed new depths of incompetence.  For example, there was a suggestion that as long as I rotated the reguarly tyres a misalignment would be fine as uneven patterns would even out. Honestly, you can’t make this stuff up.  If I was directing a spoof comedy about tire dealers I wouldn’t even have put that scene in as I would have considered it too far-fetched.

We got into an argument which involved various alignment terms. I’m not a expert in the area, only understand what I view as the basics, but I recognise those that are, and these guys were not.

Leaving aside the poor tyre wear on new muddies I mentioned the handling would be affected. Didn’t seem to ring a bell and on the basis that the fitter had conducted a 5 minute roadtest and “it drove fine mate” that was as far as they wanted to take it. This roadtest from the pro that used the ’02 specs and didn’t know how to adjust rear toe.

The manager slunk off at this point but I’m not leaving it there. I am appalled, again, by this industry that consistenly gets things wrong and has no concept of customer service. If they aren’t telling people unroadworthy tyres are roadworthy they’re ignoring load ratings, not understanding offset vs rim width telling people they need rims they don’t actually need.

If the local dealers want to compete with the overseas sellers they have a long to go for service and knowledge let alone price.  The reason these guys get away with it is of course that most people, quite reasonably, trust a guy in a uniform working for a major chain to know what he’s talking about, and by the time they find out something’s wrong it’s so far down the track it doesn’t matter and can be blamed on something else entirely.

Oh yes and I didn’t specify the pressures I wanted, just out of morbid curiosity to see what they’d do. I wanted to find out if they’d beat the record of 50psi all round by another chain who did that to my Pajero. Well nearly, 48psi all round, very consistent. Thanks boys, remind me how you worked that one out again?  Must have involved a dartboard.  And yes, I did want the white lettering on the inside, thanks for asking.

Rant over, so be warned do not expect your tyre ‘professional’ to be professional. Watch them like a hawk all the way through. I think all the chains are the same, there’s a few good shops around but I didn’t have the luxury of using one this time.

0
0   0
previous Why low-profile rims get damaged more when you drive offroad
next Should I buy a TDV8 Rangie Sport?