Home 4X4 Should you lock your centre diff for offroading? 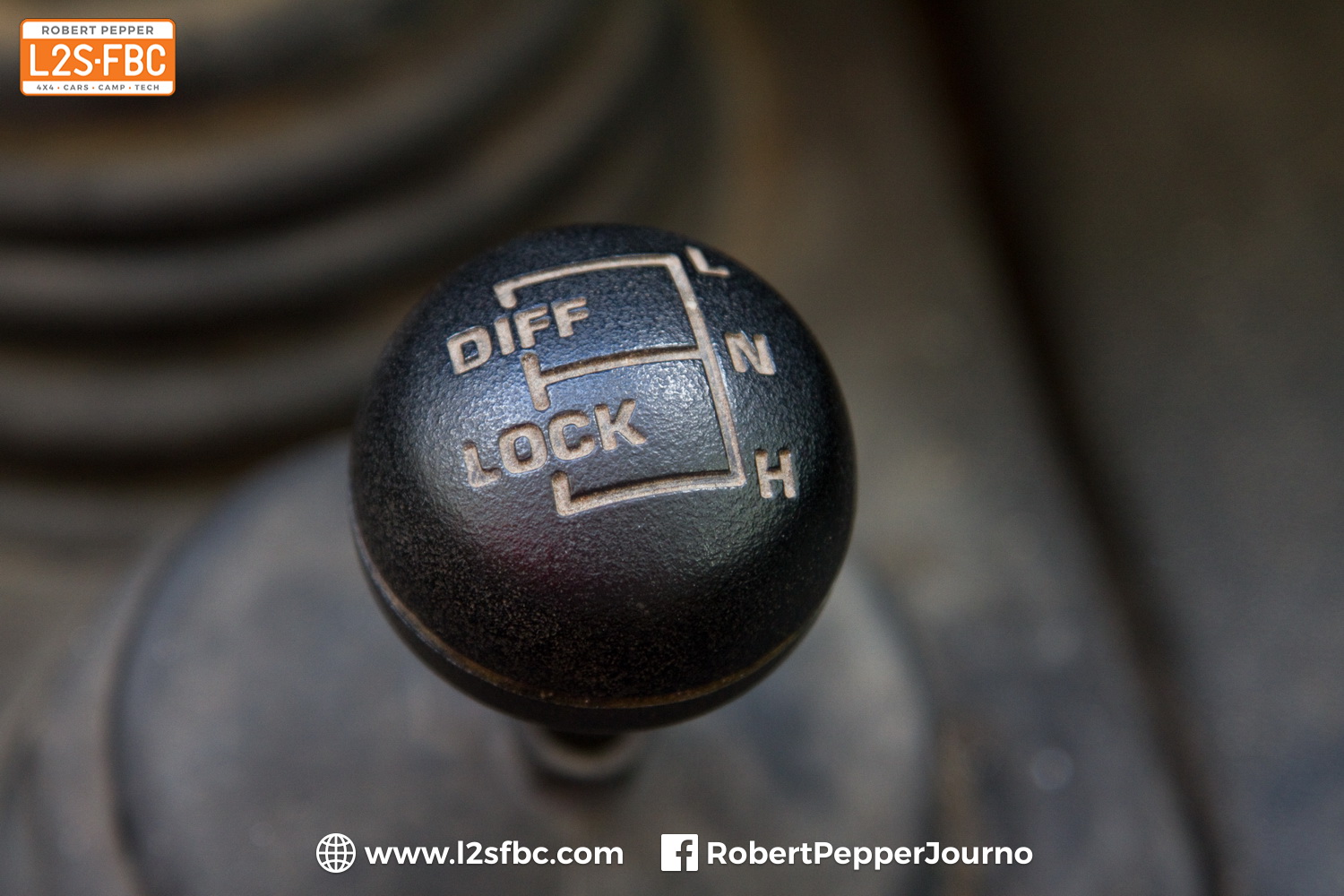 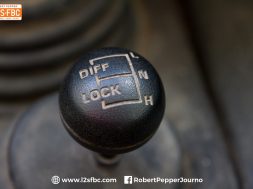 Should I buy a Range Rover Sport or a Defender 90?

Manual cars of all types are dying out, and that's tragic...isn't it?

It’s always interesting to learn new driving techniques and understand different thinking. Any group of people will naturally become a little insular and some techniques may just be accepted unquestioningly as “the way things are done”, with nobody wanting to rock the boat or consider alternatives, and one of the best ways to explore new ways of doing this is to visit another country.

Sometimes the results can be perplexing, and this was certainly the case when I discovered in England a fairly wide-spread aversion to locking the centre diff. I read a magazine that said to leave it open when sand driving, a driver trainer who didn’t use it (“never” was the answer as to when it may be engaged), and a club that advocates locking it only when necessary and unlocking immediately thereafter, so their people are driving around difficult terrain constantly locking and unlocking, and in my recent review of the Overlanders’ Handbook the advice in there is basically lock reluctantly, then unlock immediately.

In fact, the only people who seem to want to lock centre diffs in the UK are Land Rover Experience!

This is contrary to my own recommendations and indeed accepted best practice here in Australia, so I was keen to see why the UK takes such a different view to Australia. But first, some clarifications.

The term “locking the centre diff” refers to constant 4WD vehicles with a lockable centre diff. It does not refer to cross-axle lockers, and the concept does not apply to part-time 4WDs such as Patrols, 76s and pretty much every ute like the Hilux which when in 4WD are effectively no different to an AWD with its centre diff locked.

The distinction between transmission types wasn’t always clear in conversations, so I did wonder if we were sometimes talking at cross-purposes and that does negate the point of a discussion!   I won’t explain here in detail precisely what a differential is and how it works – you can read the 4WD Handbook for that or any other similar manual, but would just say that a good understanding of diffs and windup is a pre-req for any sensible conversation on the topic, as well as a good knowledge of what vehicle uses which system, otherwise any discussion is just going to go in circles.

So that said, why do I and everyone else in Australia recommend locking the centre diff early, and unlocking it only when you really need to? The simple answer is – traction. As diffs are ‘lazy’, as soon as one wheel is easier to turn than its partner on an axle that easier-to-turn wheel spins, and the other wheel which is harder to turn (because it has better traction) gets very little drive. Now that’s just across one axle, but if you have an unlocked centre diff then the same thing happens but across the front and rear axles, not just across the two wheels on the same axle. Thus, with an unlocked centre diff one wheel in the air will spin and the other three, with good traction, will be doing nothing. If you then lock the centre diff then you’ll force 50% of the torque to each axle, and thus the axle with both wheels on the ground will drive the car forwards. This is a standard demonstration in most driver training schools, you just need some slightly uphill moguls where the car can be cross-axled and a car with a truly open centre diff.

Modern vehicles do mask this somewhat with traction control, but the traction control system then needs to work a lot harder than it would if the centre diff was locked. Again, that’s easily demonstrated with a car that has a truly open centre diff, not something like a Prado which has a Torsen centre – this comes back to properly understanding the drivetrain of the vehicles you’re working with.

Another important reason for locking the centre diff is hills. If you’re stopped or reversing down a properly steep hill or one with little traction then without the centre diff locked you will find that the front wheels will lock up, and the rears will continue to rotate. Again, this is just the way diffs work. But that’s very dangerous as you’ve now lost all steering at the front. If the centre diff was locked then that couldn’t happen as the front wheels could not lock without also locking the rear wheels, and they won’t lock because they’ve got lots of weight on them. There’s a bit more to it than that which is covered in Low Range Lowdown but the bottom line is – driving on steep hills without the centre diff locked in dangerous.

Then there’s the wear and tear side of things.  Centre diffs are designed to differentiate to some degree, based on normal road use. The amount of differentiating they do dramatically increased when you drive offroad, for the reasons explained above.  That increases wear equally dramatically.  When locked there is no wear on the centre diff as it’s not acting as a centre diff any more.

So why don’t we drive around with the centre diff locked the entire time? Simple answer – windup. When a vehicle corners the front axle travels further than the rear, and thus must rotate quicker. If the centre diff is locked that can’t happen, so both front and rear axles turn as the same speed. This is ok on loose surfaces as there terrain permits the tyres to scrub slightly to equalise things. It isn’t ok on high-traction surfaces where the tyres can’t do that, and thus stress builds up in the drivetrain.

Those are the reasons why I lock the centre diff – basically I lock it as soon as there’s no risk of windup, and leave it in until there is a risk. In practice this means it’s locked as soon as I hit dirt, and only unlocked when we regain bitumen.

The reasons I’ve understood that others are against locking it are:

Reason 1 – unless these quarries or greenlanes are very different to the ones I’ve seen before then I cannot believe there is any risk of windup. There are situations when you’ll get windup, and those are high-traction surfaces, but anything soft or loose such as earth, gravel, grass and similar surfaces, plus anything with undulations simply won’t cause windup.

Reason 2 – this is true, if the centre diff is open then you may well only get one wheel bogged. Problem is then what? Because all the power is going to that wheel it’s madly spinning, and the other three are doing nothing so you’re going nowhere. Why not just lock the centre diff and distribute torque front and rear, then learn to drive in sand so you don’t get stuck or are easily recovered when you do? I also covered this in 4WD Myths.

Reason 3 – while I accept the experience of others I need a reason and proof before I change my own thinking, and if a car can make an obstacle without the centre diff locked that doesn’t prove anything until it is shown that the unlocking has improved the car’s capability. Otherwise, the car is making the obstacle despite the centre diff being unlocked, not because it is unlocked. For the reasons above, I very much doubt that.

But with all that said, there’s never a “never” in offroading, and anyone that says “always lock your centre diff” is as wrong as someone who says “never lock it”. That led me to think about when it would be a good idea to unlock the centre diff when offroad, and there’s several occasions. The base reasons are:

Why you wouldn’t want to unlock:

And of course, any high-traction, flat surface such as bitumen is definitely a no-lock zone.

So having thought this through, and examined the reasons given, I still cannot see why so many in the UK are so keen to constantly drive offroad with the centre diff unlocked. If you understand why, do comment below

0
0   0
previous Quick look at the new Defender
next Coil suspension or air suspension?