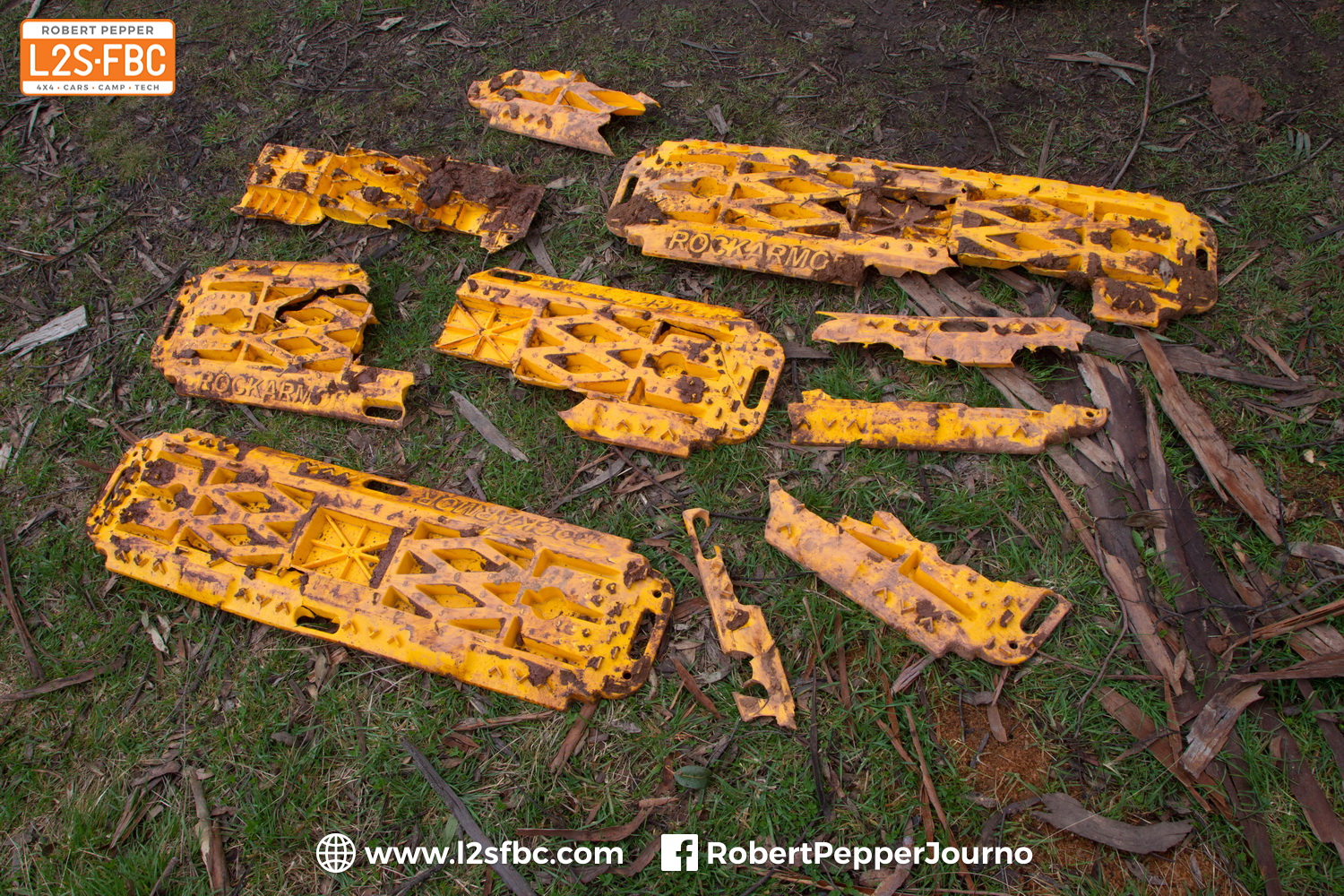 When you’re offroading, you need gear that works and doesn’t break – in other words, quality.

But not all gear is good quality, which leads to problems out in the bush. SoI posted this on my Facebook page. It shows some Maxtrax with some cheap copies. The cheapies are broken, shattered on first use.

The message was don’t buy junk. I didn’t think much of it, and carried on with my day.

Except it hadn’t. Hundreds of comments, and not the usual well thought out remarks I find on my page. I didn’t read them all, but I did read enough to get an idea of the themes which I present below.

The basic problem is that people make comments based on assumptions which could be, and for this post, were wrong. It’s one photo, from one angle…everyone should know by now you need much more information to make any useful comment on a situation. It’s also pretty smart and polite to phrase things as questions rather than flat-out statements, because that way when more information is furnished you haven’t painted yourself into a corner you can’t leave without losing face, and losing face is what social media is about.

I kind of feel most of the comments are the commenter self-image-performing – putting something down so as to, in their eyes, lift themselves up. Social media has trained us to do this, sadly, and it’s time we see that maniuplation for what it is and reverse the trend.

Anyway, here’s the themes I found – I’ve only included one or two comments for each, but if you look at the thread there will be many more along the same lines:

You aren’t running the right tyres

The Everest was wearing 33″ light-truck all-terrains which were more on the mud side than the road tread side. The owner has a policy of replacing them at 50% tread so they were above that. Those are appropriate offroad tyres. You can’t see the tread on the tyres, but you can see the tread marks below – those aren’t road tyre treadmarks.

And then there were the assumptions the car was at road pressures. It wasn’t. No way to prove that from the photos, but why would you be so sure it isn’t?

Lots of people focused on the ground clearance:

Well, the Everest has the same stock clearance as the Prado, Fortuner, Hilux, Ranger…they’re all within a few mm of each other – I’ve personally crawled under each with a tape measure so I know. And as above, it’s running taller tyres. Sure it could run 35s with mods, but the owner prefers not. We had to winch all three vehicles up; my Ranger, the Everest, and a Triton. That’s not unusual on a damp, clayey High Country track. Had it been dry we’d have cruised up no problem…experienced offroaders know how much traction can be affected by even a little moisture.

“fear to tread but those of insufficient suspension height may have rushed in.”

well, the Everest is a live-axle rear car, so the limiting ground clearance factor is the rear diff so suspension doesn’t make any difference there.

My <insert 2WD car> could have done that

Unless that ’98 Lancer was very, very modified it’d have a lot less clearance than even a stock, let alone modfied Everest, so no. Look closely, you can see the diff dragging mark. Other commenters noticed it.

Here’s something I didn’t see that anyone picked up. The purpose of the ramps was to provide clearance more than traction.

Why not straddle the ruts?

These comments actually have some substance to them, but one look at that photo and an experienced 4x4er would at least give the benefit of the doubt:

Basically that line didn’t work. First, lower down the ruts make it near impossible to get into a straddle. The usual mish-mash of mud at a low point in the track, and confused wheel ruts. We gave it a bit of a shot as you can see. And backing up to angle off wasn’t a option either, you can’t see what the track is like to the left the Everest below, it was this sort of wide line to straddle the ruts, or nothing.

Second; it’s damp, clayey earth with little traction so there’s a very high chance of slipping in and getting cross-rutted, and possibly running a tyre off the rim in the process. Third, the car would be tilted at a small but not insignificant sideangle as it goes up, which further increases the chance of traction loss and slipping in; the upside tyres have less weight on them and therefore less traction compared to the downside tyres, so the upside tyres are prone to wheelspin..and lockers will tend to slew you sideways. That Everest is twin locked too, and it still ran out of traction.

As I was there, I feel confident a RWD ute wouldn’t make it up. We had to winch all three cars in the end.

That’s my car near the top part-way through setup for a redirect pull to winch the Triton up the difficult part. The Everest had its own winch.

We could have track-built enough to straddle the ruts, but we decided it’d be less effort to simply remove the traction ramps and in one go, improve traction and clearance, and less risky too in case we slipped into the ruts anyway. Using the ramps worked quite well but the cars didn’t have enough momentum to get to the top regardless – would have been the same in or out of ruts so we winched the last bit. Working as a team, it didn’t take long, and was the low-risk option.

Have you ever seen a 4×4 attempt a slippery hill at speed, not make it, and then slide back down out of the ruts? That’s what you call a high-risk option. Staying in the ruts, using ramps, and winching got us there safely and effectively. You’re welcome to be a one-shot hero on your own trip, I will always offer my groups the safest reasonable option and if they want to do something else, well I’m quite happy to watch!

At least one comment I saw understood the situation:

On the way to that track we had stopped to chat with another group coming the opposite way, and they warned us about the hill. We carried on anyway, prepared as you always should be to turn around if needs be, but it wasn’t a difficult job to get the three cars up and over even if driving it in one go wasn’t what we did in the end.

The Everest is useless offroad

The Everest is far from useless offroad. I don’t think it’s quite as good as the Prado, but that’s a very high bar. A Prado wouldn’t have done any better in that situation as it too would have run out of clearance. To equate an Everest with a road-going SUV that doesn’t have low range shows quite impressive ignorance…even if the Everest has an AWD mode, as indeed does the Discovery, Defender, Y62, Prado, LC200, LC100 and LC300 plus many more well-respected 4x4s.

Maxtrax get brittle and break

I’ve used Maxtrax 1a models for many, many years and they have mostly lived on my roofrack. They still flex and work just fine even after all that sunlight. So, this comment is, in my experience, incorrect:

Maxtrax do, it has been pointed out, advise not to expose the ramps to sunlight for long periods despite the fact they are UV-stabilised. And they also say not to bridge with them, but I do, and they say they can be used as a shovel, but I reckon they nake a hopeless shovel. So my experience differs to their advice, which is normal. The ramps in the photos which didn’t break are in fact my old 1a models.

I have broken other types of traction board, even new ones like those cheap copies. Another traction ramp tip – use four not two, and avoid wheelspin which is a lot easier with four.

Lots of people assumed we’d just left the cheap broken boards in the bush. Why would you assume that? The photo was taken straight after the Everest drove over them, you can even see the car’s brake lights are on. But the assumption was made by many. I think this is one of the best examples of “look at me I’m better than they are for calling out bad behaviour” – to the point where said bad behaviour is actually invented. For the record, of course we did clean up. The title image shows the broken ramps were indeed collected.

As usual on my page there some some witty comments intentionally confusing my post like this one:

I do enjoy and appreciate a bit of brand banter and witticism but most of the posts attempting to make fun of the Ford were very weak attempts at humour which came off as feeble-minded pathetic insults, so I won’t bother reproduce here.

It’s amusing to see people leap to the wrong conclusions. But it’s also a concern as misinformation is being spread, and such point-scoring comments are not conducive to a reasoned discussion where we can all learn.

The point of the original post is that it’s worth spending the extra for quality gear – the Maxtrax worked, other reputable brands would work too, the cheap copies failed the very first time the car rolled over them so they’re a waste of money. That’s all I wanted to say. And if you want some tips on ramps in sand, watch this: 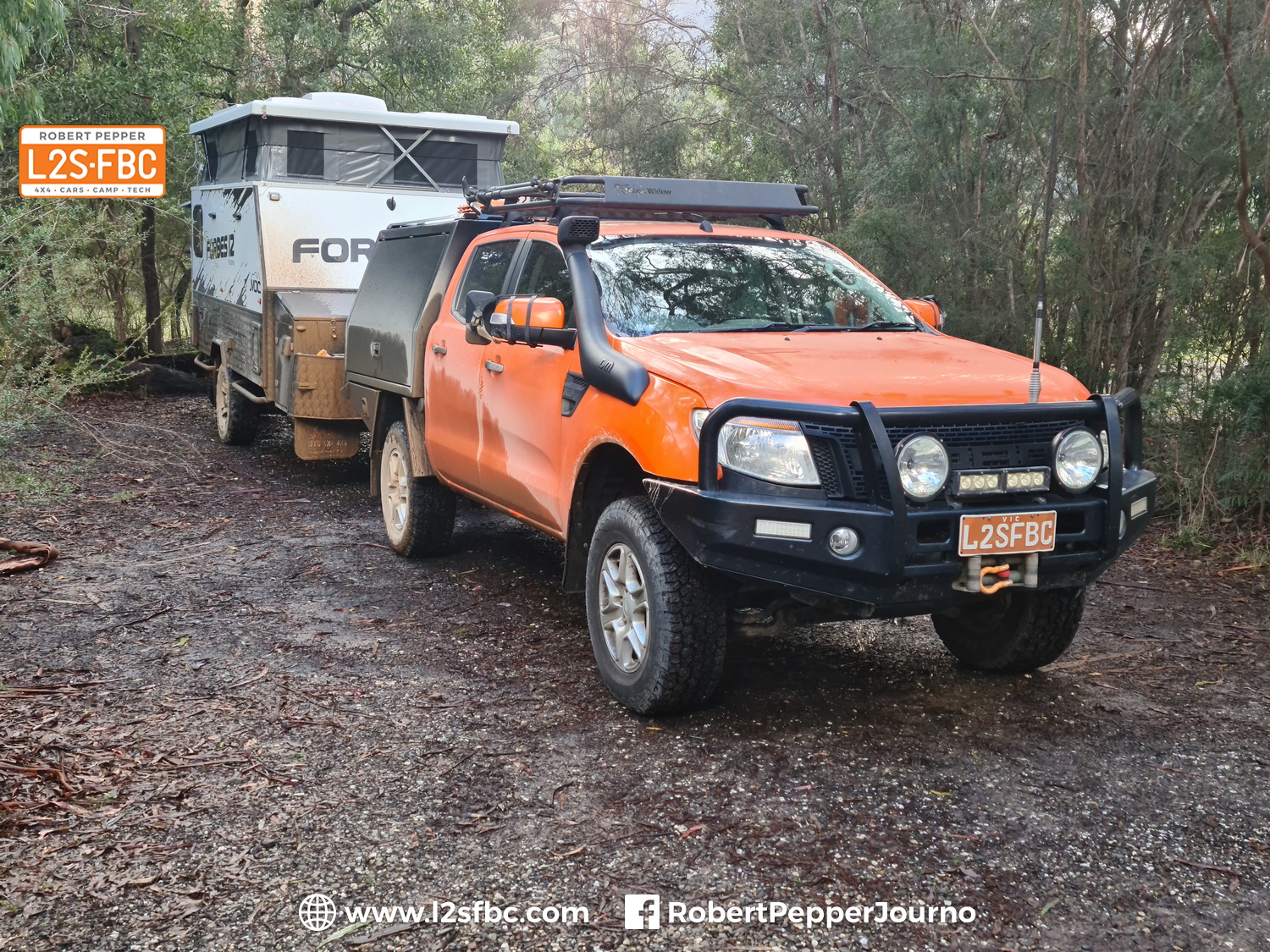 Which Caravan Reversing Partnership are you? 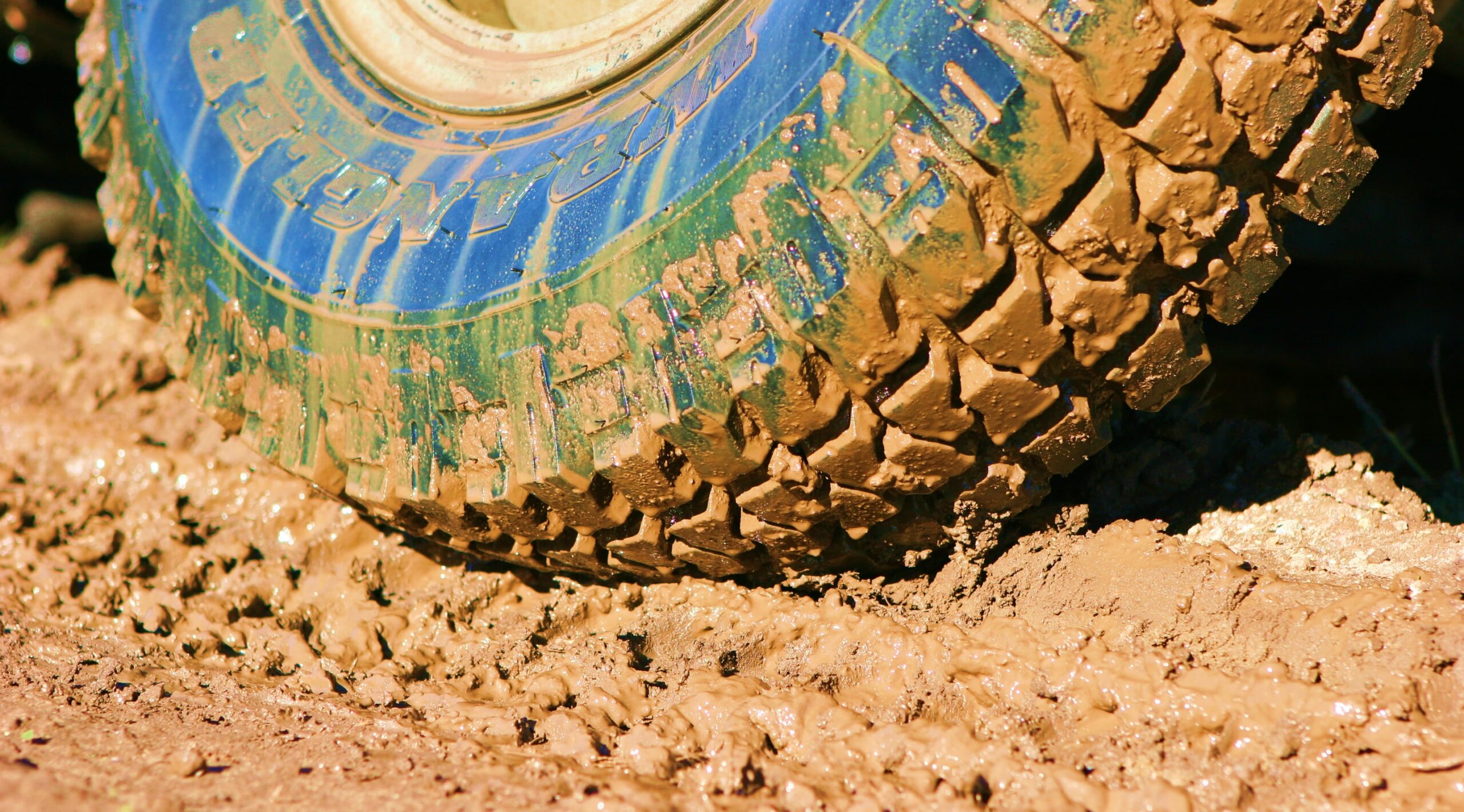