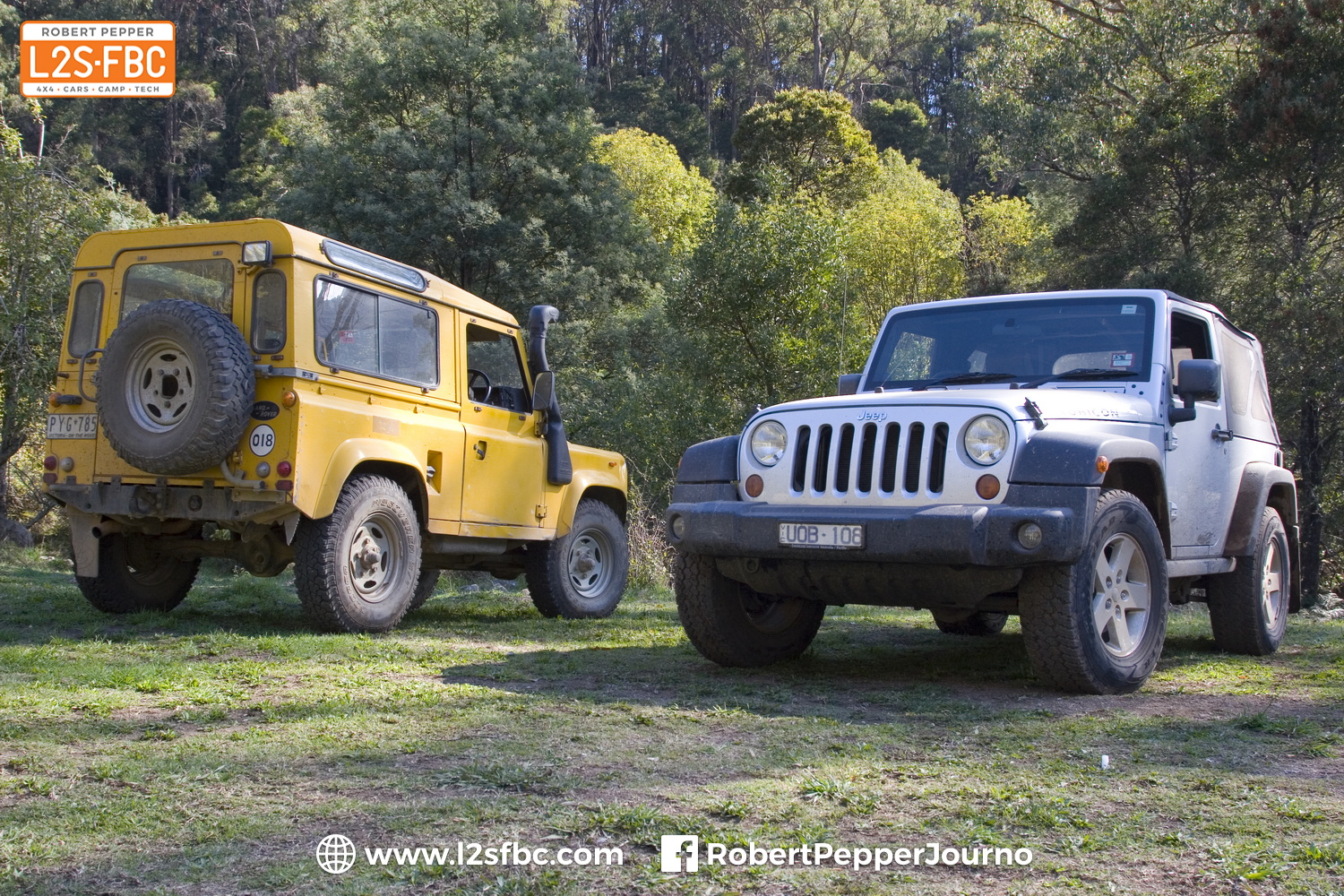 This dates back from 2005, but I think it’s still valid today.

Most of us decide on a vehicle, and use it.  Sure, if you do well with a particular brand you’d be inclined to look for vehicles from the same manufacturer, but you wouldn’t necessarily stick with them, or start a small collection.

That’s most of us.  But most of us aren’t Land Rover or Jeep owners.  There’s something special about these two brands that just kind of emotionally hook people, and they end up with not just one, or two, but often several vehicles in varying states of repair.  I once fronted up at one guy’s house to collect a part and thought I’d be interrupting a club committee meeting; there were two Defenders, a Disco and a Rangie parked outside.  But they were all his!

While there are certainly enthusiasts for other makes, it’s those two 4WD marques in particular that have owners who seem to somehow transcend just owning the car.

You have to ask why.  Well, you don’t have to, but I like living dangerously.  And here are the answers:

“You know that sticker, ‘It’s a Jeep Thing’ ?  Well, for each Jeep owner, it’s a different Thing.  Some are restorers, some love their stock, shiny Jeep, others are hardcore offroaders.”

“Each Jeep is unique.  They’re different.  They’re fun.  Every other car I’ve had, I sold within six months.  Got bored with it.  But not the Jeeps, I’ve got eight of them.”

“Jeepers wave to each other.  But not to the average joes in their stock Cherokees.”

When asked what it would take to get him to change from Jeep, Wooders paused.  For a moment I wondered if he’d had a heart attack, but he spoke again.  “I can’t really see that ever happening.”

“Land Rovers have a soul, a history.  They have good points and bad points.  And they have a recognisable look, consistent throughout the ages.  It’s a worldwide marque.

“As a young boy my father borrowed a two-door Rangie.  We were driving up a steep hill, scrabbling for grip.  And he said ‘I wonder that this button does’.  It locked the centre diff, and we just sailed up the hill.  And that weekend the Rangie just outdrove everything else, it did it so easily.  That was my first Land Rover memory.”

“For me it’s the character, the history, but also the sheer ability, the payload.  I’m even willing to put up with Lucas, Prince of Darkness!  [bad electrics]. I drove a Patrol for a while, but it didn’t have soul.”

I asked the heart-stopper.  “What could turn you off Land Rover?”

A long silence.  “Don’t know if there is anything.  Well, I suppose if they go down the softroader path too far with independent suspension and the like.”

“If I was merely a driver of vehicles I would not have a Land Rover.  But I am a vehicle enthusiast.”

“What makes them different?  The feel of the vehicles, the dynamics.  All work just a little bit differently from each other.”

“Most Land Rover owners are individuals.  It’s easy to make a Land Rover your own.”

“It attracts attention – and I don’t mind that.”

“They work in the environment for which they were designed.  They have variables that give them personality as they are hand built.  Something peculiar happens.”

“The later ones do not express the personality of a Land Rover”.

“The cars come off the factory floor, and work offroad.”

“How often do you see a highly modified Land Rover with huge tyres and a massive lift?  Not often.  What does that tell you about the vehicle’s offroad ability?”

“Other people are 4WDers.  We are Jeepers.”

“Jeep his history, it has spawned a whole generation of adventure.”

“The number of Jeeps on the road is small.  Every type of 4WD cops [hassle], but that just fuels our loyalty.”

“One Jeeper has had his Jeep 21 years.  We gave it a 21st birthday party!  Another guy has ‘Jeep’ tattooed on his forearm.”

“When you buy a Jeep there’s no buyer’s remorse.  When I bought my Jeep it was one of the proudest days of my life.”

And when asked what would turn him off?  The usual long silence.  “Well, they are expensive to modify.  You need money.  They’re like a troublesome child sometimes.”

So what is it that is needed to turn an average marque into an enthusiast marque?

Many Jeep and Land Rover enthusiasts will happily admit other cars are better built, stronger, better in some ways.   Incredibly, that seems to be part of the problem; a car can be too perfect!  The answer is hard to pin down, but we’ll give it a go:

Perhaps Wooders summed it up best, and I’ll put this as delicately as I can; what would you rather have, a gorgeous, tempestuous girlfriend who sends you into the depths of despair but also raptures of joy, or a solid, reliable, average looking girl who doesn’t do anything bad, but is never exciting?

Now there’s bound to be a lot of Nissan and Toyota owners reading this in varying states of amusement, disgust and disbelief.  Let’s hear your side of the story. I’ve heard one good line already: “We don’t need five 4WDs.  One Nissan does the job just fine.  And who cares what it looks like?  If character means breaking down, you can have your character, and there’s plenty of Nissans accessories and clubs!”

Here’s some more comments from Jeep and Land Rover owners who try and express their affinity with their vehicles:

“The history plays a big part in it”

“It just seems to happen, I don’t understand it.”

“I grew up with them”

“People look at the vehicle.  They’re interested in it.  It stands out.  It’s original.”

“All I know is that the thought of driving any other 4WD sickens me to the bone.”

“I drove the 80 again today while we wait for a buyer.  It felt great, carlike.  But somehow the [Defender]’s more, well, fun to drive.”

“My three-year old can point out a “Land-wova”, and she does.  But she can’t tell the difference between a Cruiser and a Patrol.  Neither can I, at a distance.”

“It’s a religion.  It’s a cult.  You can hang out other Jeep owners and you don’t even need to speak the same language”.

“You feel like you’re driving a real 4WD, you feel the honesty of the vehicle.”

“Most who own them don’t really know why they like them…..they just do!”

Many thanks to the four enthusiasts featured in this article, Tony Whitehead from USA4X4 and everyone else that tried to explain to me exactly what Land Rover or Jeep meant to them 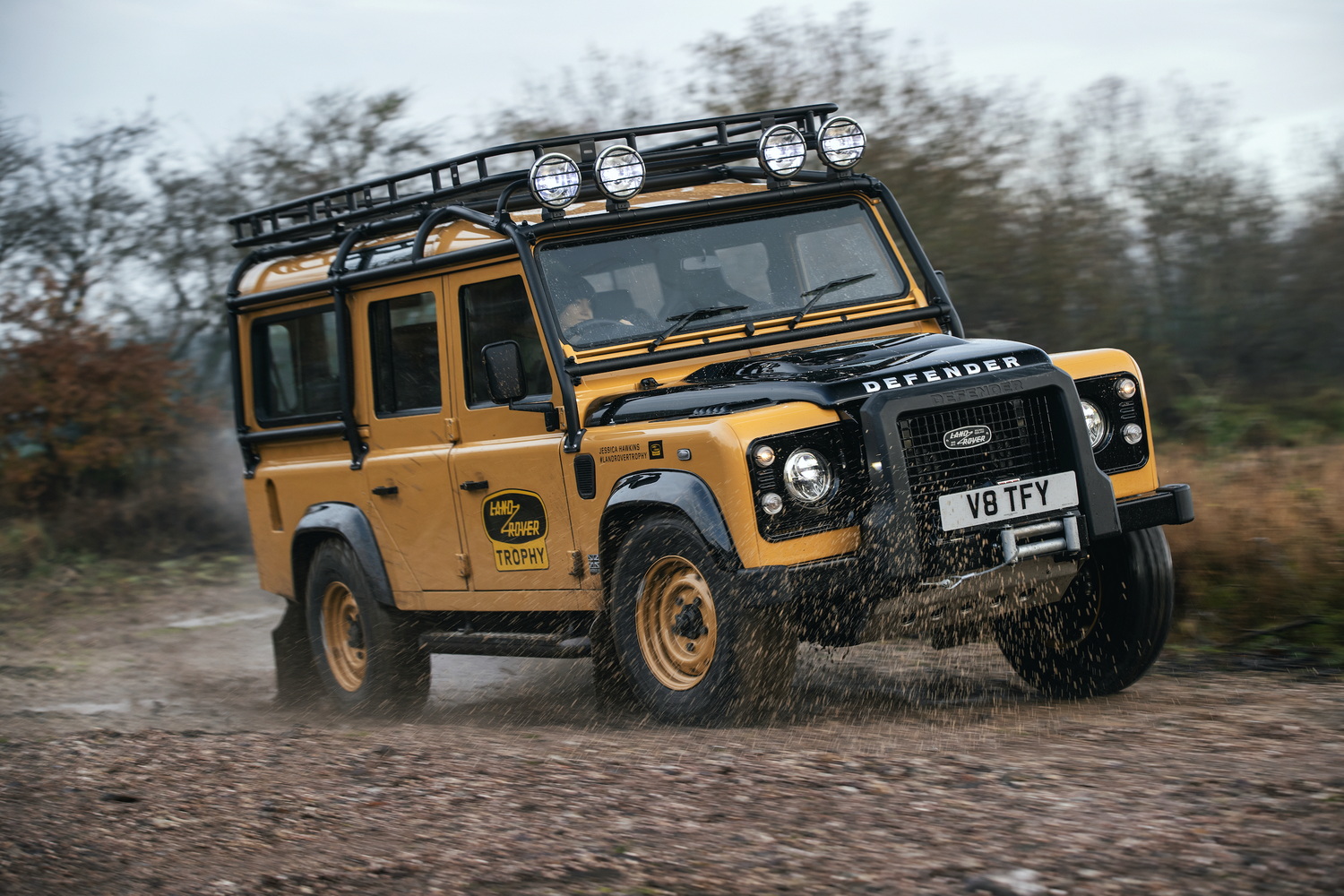 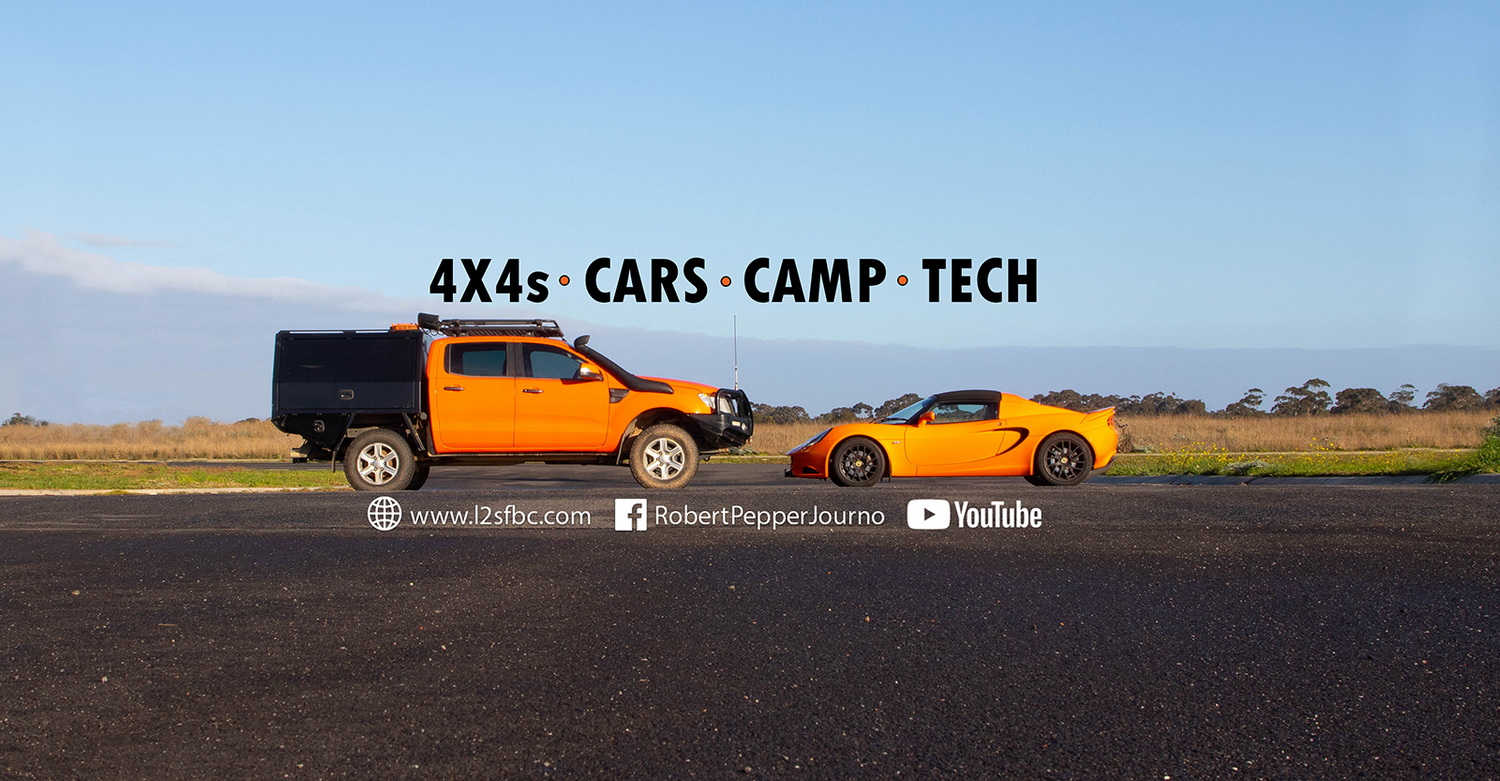